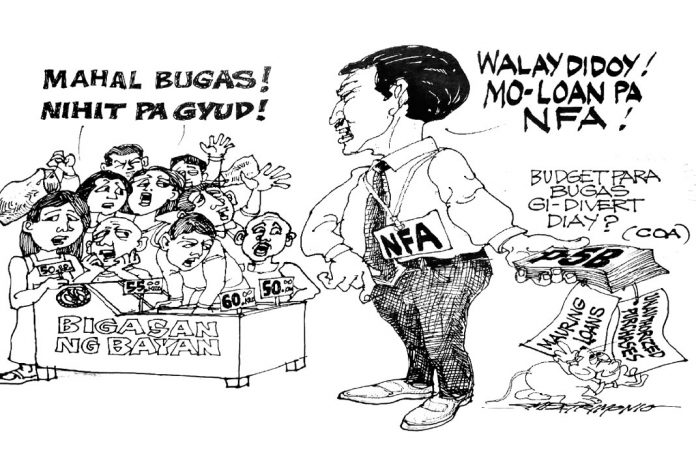 DUMAGUETE CITY – The recent report about a possible regular annual billion peso corruption industry as exposed by the Commission on Audit (Read NEWSNOTES) should now open the eyes of Congress to heed the call of one senator to give more teeth to this audit body called COA so that it can initiate prosecution proceedings of corrupt government agencies and officials instead of wait for complaints to emerge, even mustering fears of possible violent reprisals.

The Commission on Audit is the front liner in discovering anomalies and corrupt practices in government because it audits all public offices and officials. But the problem is that the COA does not have prosecutorial powers, or even powers to file cases of corruption unless “pushed” by influential sectors if not the Ombudsman, or President. It’s not moto propio. COA has to wait for complainants which is CRAZY and puts its effort into a laughing stock as corruption continues unabated because nobody is filing the case each time an anomaly is discovered.

How nice it would be if as soon as COA files an anomalous audit report, it must be required that appropriate corruption cases be filed simultaneously, and not be content with the ceremonial “disallowance” bull…

Understandably, the Ombudsman who gets a COPY of the COA audit report has already its hands full of other cases of corruption and cannot handle the cases as efficiently as COA does going into minute details. So if Ombudsman initiates as it does, it cannot cover all, as COA does. So the drive against corruption is compromised, if not neutralized, even before it reaches first base. So what is the use?

Unless Congress gives COA this sweeping power to file cases against those offices and officials whom it discovers to be corrupt and anomalous, corruption will continue to haunt this government and we can never move on, and achieve the elusive clean and corruptfree bureaucracy.