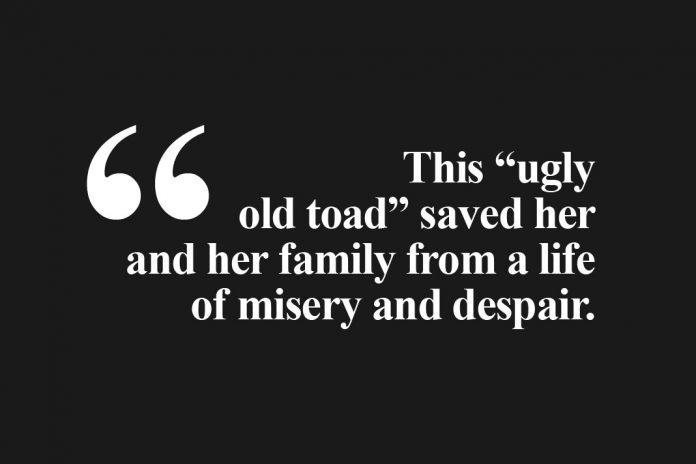 FLORIDA—— Their words cut through her heart like a burning knife. She struggled to hold back her tears. Her husband must not see her pain.

It was bad enough to have passing pedicab drivers yell out burikat, nawong og kwarta igat but these young Filipinos were standing not two meters away saying the ugliest most vicious things imaginable. Fortunately they only spoke in Visayan, so her American husband did not understand the filth that was being thrown on them. Stoically she tried not to show any sign she heard their foul comments.

“Wonder what it is like to kiss an old ugly white toad every morning?” one said. “How could anyone love a fat smelly old toad like him”

The other chimed in, “I bet he can not even get it up anymore. I should give her my phone number in case she wants a good stiff one or get pregnant”

They seemed to never tire of the filth and disrespect that came from their mouths. They would be outraged if some American disrespected their mother, wife or sister but they felt no shame attacking her.

This “ugly old toad” saved her and her family from a life of misery and despair. He lifted them all out of the sewer. She now has a college degree, a beautiful home and a future. Yes, he may be old and not much to look at on the outside, but on the inside he is the most beautiful man in the world. He is kind, generous and loving and those young Filipinos would be lucky to be half the man he is.