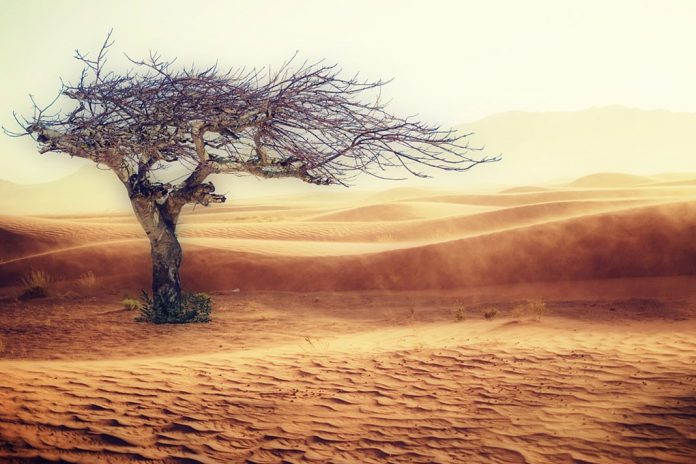 ESSENTIALLY MEANS that we humans have no other planet than Earth. And if we do not act soon- and dramatically- humanity could be on the road to extinction.

“Climate Change”, therefore is not just another novelty theme popularized by some romantic idealists like the late environmentalist-warrior Gina Lopez.

The 2019 World Risk Index places the Philippines as the 3rd most vulnerable country to natural disasters coming from climate change. Typhoon Yolanda almost wiped out the Leyte economy and killed 6,300 people -almost equal to the people who died in New York’s-9-11.

PAGASA confirms that the Philippines’s temperature is rising and will rise to life-threatening levels of 1degree Celsius to 2.3 Degrees Celsius about 30 years from now. The National Oceanic and Atmospheric Administration of the USA recorded the highest global sea levels in 2014.

Even rich nations are not spared- the 2017 Harvey storm brought 35 deaths and destroyed $160.8B in properties and infrastructure- the costliest storm for America ever.

The Philippines lies along the Earthquake Belt and stays in the region with the highest recorded storm cyclones of 19-20 a year, half of them making landfall.

Climate Change has brought earthquakes, landslides, floods, storms, droughts and especially threatens the Philippines since most of our major cities and the majority of our population live along coastlines. For sea transport, food from the sea and tourism.

How much in real estate will be eaten up by the rising sea levels?

This is the reason that last Friday, millions for people (mainly the youth) hammered a world-wide #Climate Strike in major cities from “New York to Sydney to Istanbul” in mass protests about the inaction of governments and nations to stem off climate change.

The protestors left their schools and work to emphasize that climate change endangers lives so it is a most important issue. The powerful Catholic Church, through Pope Francis, had pointed to that as a “major threat to humanity.”

What in the Philippines can we as Filipinos do?

As consumers, we have to consume and travel less and do away with harmful substances like plastics and chemicals. We have to learn to segregate our wastes at the barangay levels.

Our legislators and LGUs should study by heart the minutiae of The Climate Change Act (9729), Solid Waste Management Act (9003) and The Clean Water Act ( 9775) and implement their mandates and impose the penalties on the erring.

Make serious our signature in the Paris Agreement on the weather signed by 174 nations and make the big carbon emitter-nations help in alleviating the ill effects of climate change on poorer countries like the Philippines.

There should be a declaration of “A State of Climate Emergency” and demand a well-thought plan from the “Climate Change Commission” and “The People’s Survival Fund” a long term approach to climate change mitigation.

Congress and the LGUs must-have a sciencebased, risk-informed approach to more national and local legislation as we provide incentives and sanctions as we transition to a renewable resource-based economy.

Because, as an Asian Development Bank study showed- by the year 2100- the ill effects of climate change will have a 6% negative impact on GDP. On the other hand, if starting 202o, governments were to allot half a percent of the GDP to climate change amelioration- the cost to GDP will be 4 %.

We should help push the Greenpeace Initiative putting to task the 47 major company-contributors to carbon emissions that they set aside some percentage of their profit towards climate change research and mitigation.

As individuals and as groups, we must plant trees relentlessly- not just for photo opportunities- but make a record of how many trees we have planted every month. Let us regrow the mangroves on a massive scale and protect the purity of our God-given water resources, inland.

“Let us green all the sectors of the economy”, Rep. Loren Legarda echoed her sentiments on the occasion of the worldwide strike.

Clean air and water are what will save Planet earth – not useless political discourse and wasteful use of money for frivolous activities signifying nothing.

Already there are reports of villages in Aparri Cagayan whose rising water levels left nothing but electric posts of their original land. Even as floods and storm caused billions in infrastructure and crop damage in Tuguegarao.

A study by Dagupta et. Al in 2009 showed that among the most vulnerable to be covered by rising sea levels in the Philippines are the cities of San Jose (North), Manila (Center), Roxas ( Visayas) and Cotabato (Mindanao).

Not to scare- but one study showed that a Manila Bay tsunami caused by an earthquake can bring tidal waves sweeping across the reclamation area, Roxas Boulevard into Taft Avenue.

The threat of climate change is no laughing matter and Gina Lopez was always right in spending half her lifetime advocating measures to fight it. We are all vulnerable to the bad effects of climate change- no matter where we stay.

So let us act together and win. There is “ No Planet B.”.