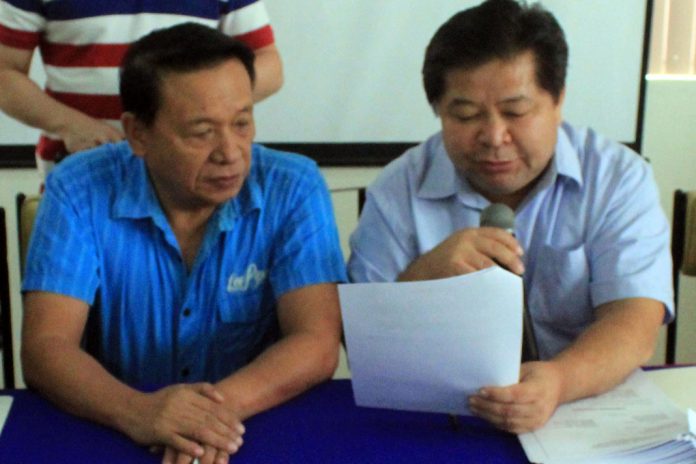 Esperato Dicen, has resigned from his position in a letter to the DCWD board dated  July 1, 2020.  His letter said:

“In view of the Joint Venture Agreement entered into by and between Dumaguete City Water District (DCWD) and MetroPac Water Investment Corporation (MPW) dated September 3, 2019 and a Service Contract Agreement by and between DCWD and Metro Pacific Dumaguete Water Services Inc. (MDW) dated October 30, 2019, I hereby tender my resignation as General Manager effective upon the Commencement Date, as defined under the Joint Venture Agreement and related project agreements.

“I am grateful to the Board of Directors for supporting me in my years as General Manager. We have achieved great accomplishments in the Water District and I am thankful for the opportunity accorded me to lead DCWD. Similarly, I look forward to the same support from the Board until the effectivity of this resignation on the Commencement date.  .

Historically, Dicen filed an early retirement before he reached the age of 65. The board accepted his retirement but  re-hired him quickly because he was needed by the water district.  One cannot be re-hired if  you are beyond retirement age.

Then came the joint venture with the MetroPac Water Invesstment Corp and the DCWD as a govenrment-owned and controlled corporation in which Dicen played a major role in its formalization.

Yet on July 1, 2020 Prax or Sprite Dicen filed the above letter of resignation before the board which accepted his offer.