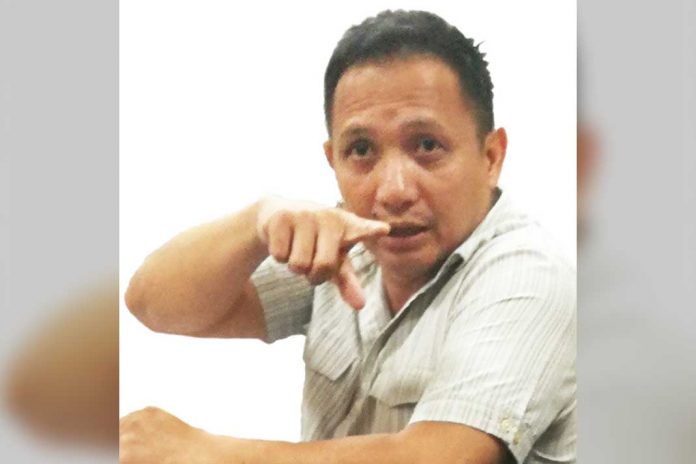 In response to a public call for justice by City Vice Mayor Alan Gel Cordova in what was described as the biggest outcry so far for legal vindication,  most family members of victims of 44 unsolved shooting incidents in Dumaguete have started to come out in the open to seek for justice for their loved ones who were extrajudicially executed in the streets here in the recent year or so.

The vice mayor-lawyer and a West Point graduate ,  however, wished to be clarified,  if the family of the victims,  want to progress into an organization that will constantly remind authorities including elected officials of the city to do what is mandated of them.

In a privilege speech, the  City Council presiding officer Vice Mayor Alan Gel Cordova disclosed that 44 families have so far came out and expressed solidarity  to the idea that if they organize as one, they will have the legal personality  to ask for updates of their cases. Of the 44 murders, only three cases have reached the courts, the rest are either dismissed for lack of evidence or no evidence at all and or no witnesses emerged.

As chairman of the committee on peace and order, Cordova said for countless times he is asked the CITY PNP on updates of shooting incidents in the city but can only reply with limited information in the absence of data and necessary document so it can intelligently analyze the situation. Thus, he authored an ordinance that created the CITY PUBLIC SAFETY OFFICE  but has not been implemented.

The City Mayor Felipe Remollo has yet to  explain his reasons for non implementatioin of the Ordinance creating the Office of Public Safety Officer whose main job is to ensure continuity of current investigation and custody of  records of unsolved crimes especially extra judicial killings. Today nobody is handling this MUCH NEEDED  OFFICE yet, despite the new ordinance.

Testimonies of some of the families showed that they were and still are given a ran around when they ask for updates from the police investigation, the usual answer would be “ongoing ang investigation and that they have already some  persons in interest.”

Worse is when investigators assigned to a certain case are transferred, no records are left for the successor to continue. In the city PNP, in general  there is no system of continuity and particularity, in that the moment the  investigator in charge is reassigned, the records of the case also go haywire, and hard to re-construct. No specific  successor is appointed to handle the case. No one apparently takes responsibility to carry the case over, the City Vice Mayor noted

VM Cordova is an expert in criminial justice as he is a West Point Graudate  of the US as a PMA scholar. But he left the military for good and became a politician.  He is a practicing lawyer and a true blue  Dumagueteño.

In view of this development, the office of the vice mayor initiated moves to gather all the families of the victims to slowly and painstakingly  get from them background of their cases for possible legislative action. This started after the murder of broadcaster Dindo Generoso in November of last year.

Some of them are afraid to ask for updates because of fear the suspects might turn the their ire on them. Many even suspect  that some of  the perpetrators are part of the police force  pulled out  from any police station  who are moonlighting as hired killers, Cordova suspects.

The possible non-reportag and full accounting  of all illegal drug hauls and recycled to the black market,  could raise funds for other illegal activities.

In trying to educate himself on the parameters of what is meant by crime solved, Cordova attended the recent Provincial Peace and Order Council (PPOC) upon the invitation of the chairman, Gov. Roel Degamo.

In that meeting, PNP provincial commander Police Col. Julian Entoma reported that for the period 2016 up to the present, more than 800 were victims of shooting incidents and other crimes all over the province, 76 of them are in Dumaguete.

According to Entoma, a case is considered solved when suspects are identified, arrested, and brought to the city or provincial prosecutors office for inquest or preliminary investigation, irregardless whether there is probable cause or not for it to reach the courts.

Given the parameters, Cordova stressed it is the intention of the city council to be able to find ways and means to address lapses in the investigation, upon learning only one lawyer is assigned to the police for the entire Region 7. And a new one is appointed at the local PNP headquarters in Sibulan , Atty D. Catacutan who is a member of the police force.

Based on testimonies of the families concerned, the assassins are mostly riding in tandem wearing helmets and jackets. There ought to be an ordinance banning the use of TINTED HELMETS that hide the faces of drivers.Tint also is a driving hazard.  Another ordinance ought to authorize Tanods to flag down motorcycle drivers with tinted helmet who hide their faces for their safe driving.

The Dumaguete Press Club Inc has proposed an ordinance banning the use of TINTED HELMETS for visual safety in driving, and ensuring the faces of motorcycle drivers. Records show that those killers  riding in tandem always wear TINTED HELMETS.

Thus, the lawyer-presiding officer is exploring the possibility of requiring motorists wearing helmets to remove their cover when flagged down by traffic enforcers or any authorized enforcers when inside the area of jurisdiction at any given time in Dumatuete city.jrg