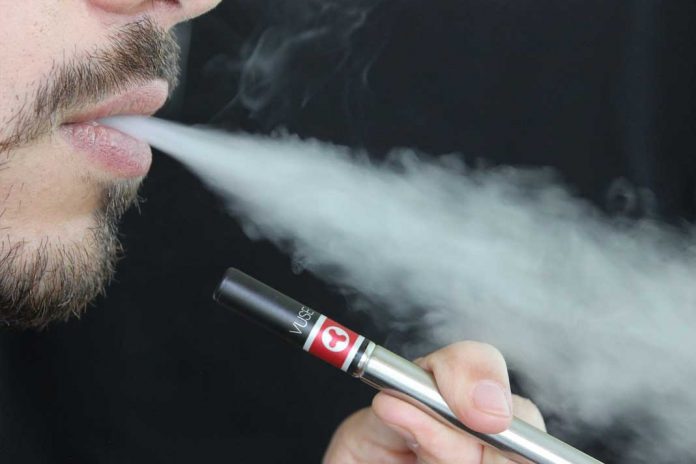 President Duterte in a swift mode of action and without waiting for Congress, has used his Presidential power to protect the health of the people, issued and Executive order imposing a ban on the use and importation of electronic cigarettes or vapes in the country citing its threat to public health. He instructed concerned government agencies to arrest people who will violate the ban.

Immediately the Negros Oriental PNP headed by Col. Julian C. Entoma mobilized his tropas and effected some arrests in the city citing among others that the full force of the law will be imposed on them if they continue using electronic cigarettes which is toxic and bad for ones health.

Dumaguete city council has issued ironically a permit to one or two vapes centers in downtown Dumaguete . Presumably the joint is now oradered closed.

But the question now is: vaping is banned only in public places. So is it tolerated in private homes, private hotels and private beach resorts.

“Because it is toxic. And the government has the power to issue measures to protect public health and public interest,” he said of the reason for carrying out the ban.

“You know, those like cigarette, they confirm chemical there that’s not good for humans. It’s deadly, it’s nicotine. It’s a… induces a habit…and it is toxic, and it kills people.”

Recently, the Department of Health confirmed that a 16-year-old girl from Visayas was reported to have the first case of electronic cigarette or vapingassociated lung injury (EVALI) in the country after using vape for six months.

E-cigarettes, he said, are not approved by the Food and Drug Administration (FDA) and equally dangerous as smoking.

“And if you are smoking now, you will be arrested. I am banning the importation so Customs, you listen to it. You… I’m banning it altogether,” he reiterated.

The Chief Executive said he would issue an executive order as soon as possible but he does not need one in the meantime for the ban to take effect immediately.