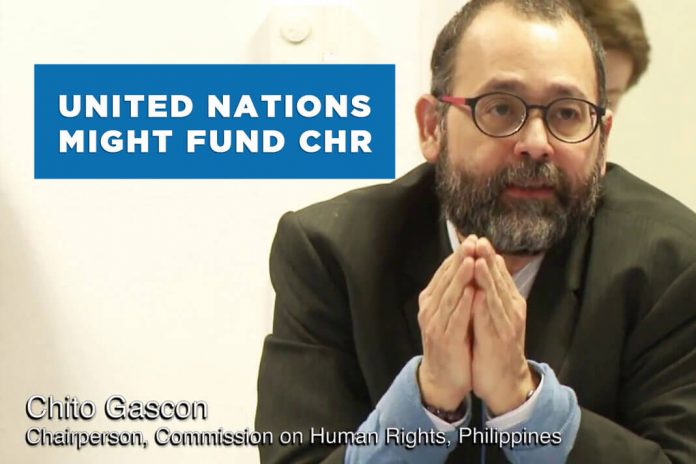 The United Nations and some foreign free dom loving donors might opt to donate and fund CHR or the Commission on Human Rights in the Philippines which has been stripped of its P600M budget last year and given only P1000 by the Lower House.

This is another unprecedented feat, as what this administration is known for. They always set new records.

But that is not final. Firstly, President Duterte can still change his mind (as we believe he will) and instruct his boys in Congress to restore the budget for CHR. PRRD is known not only for changing his mind, but also cracking controversial big jokes.

By the way initial records of the Lower House showed 30 congressmen opposed the budget slash on CHR. Two of our local congressmen opposed too; they are: Jocelyn Limkaichong of the first district (LP) and Rav Rocamora (Ind) of Siquijor. The two others have no statement issued. Can you guess how Sagarbarria and Teves voted? We hope they will tell their constituents honestly as they always do.

Definitely CHR cannot function without a budget said CHR officer in charge for Negros Oriental and Siquijor Jessie Cañete. But other nations’ private entities with same advocacies can easily donate and fund the CHR. CHR will survive.

But both CHR and the Congress will be embarrassed. This is a game for children. We believe Pres. Duterte will restore the budget of the CHR eventually. He just wants a head whom he can control, as he does with the funds because majority of Congress are his party mates. (“what are we in power for?”)

Because it is a Constitutional body, CHR head can only be removed by impeachment. It is hard to build a case against this honest man. And he will not resign either. So cut his budget is the admin’s option. So foreign agencies are planning to donate the budget which will fund the CHR, which will become more independent.

Will Duterte give in and give the budget? Will the Senate do what the House did? What is the fate of the Commission on Human Rights which agency is mandated by the Constitution?

Let’s see in the coming days.