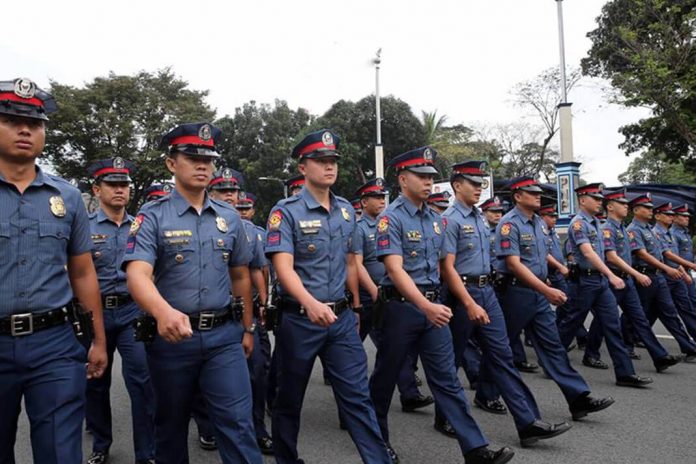 DUMAGUETE CITY – Only those with confirmed threats of their lives in the PNP assessment may be allowed a maximum of two police escorts during the campaign period.

Those candidates who want to hire body guards anyway for their protection,, even without a perceived and confirmed PNP assessment-threats may do so, but hir private security guards.But only during the campaign period.

There are around 700 local candidates in Negros Oriental in the may 13 elections. In the coming days, especially during the start of the campaign period next year, there will be expected applicants for police escorts.

But will there be enough policemen to secure candidates when the primry responsibility of the police is to secure the community at large.

REQUIREMENTS: by AARON B. RECUENCO

The Philippine National Police (PNP) is ready to provide two police escorts to secure each candidate in next year’s elections if he or she meets all the requirements necessary – such as a validated threat assessment – under PNP rules and regulations.

For this reason, Director-General Oscar D. Albayalde has ordered all police commanders down to the municipal level to talk to all the candidates, including incumbent officials, as part of the threat assessment amid the spate of killings of local government officials.

Albayalde gave the directive as the PNP leadership is now focusing in the finalization of all the security measures that will be put in place for the midterm elections.

The Chief PNP has ordered all commanders to sit down with all the candidates and ask them what they want in terms of securing them. If certain candidates feel that they have threat to their lives, they can request for police security.

The Chief PNP initiated this move because he wants to level the playing field in terms of the security of all the candidates under threat. Our mandate is for clean, honest and violence-free elections. Securing candidates is part of it.

Any request for police security will have to comply with the requirements set by the PNP, including threat assessment of the police to determine if there is indeed a threat on the life of a certain candidate.

“If they meet all the requirements, the PNP is ready to provide a maximum of two police escorts,” said Durana.

But if they want to have more, then they have to hire the services of security agencies at their own expenses. We can only provide a maximum of two police escorts,” said the chief of the PNP.—