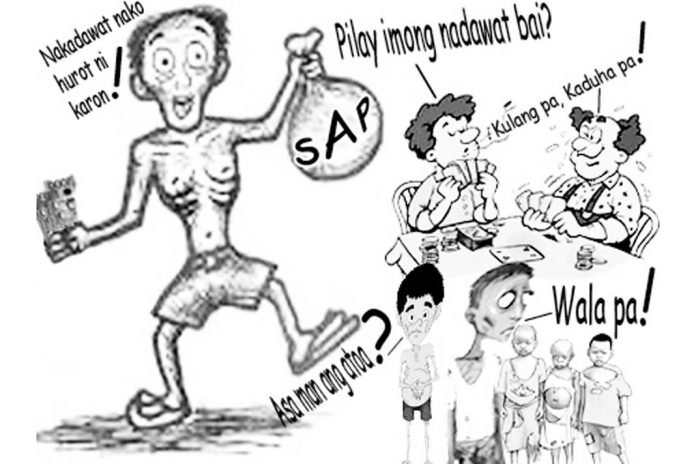 In a war situation, nobody asks anyone to stay indoors. You stay indoors by choice. In fact, if you have a basement, you hide there for as long as hostilities persist.

During a war, you don’t argue about opening your business. You close your shop (if you have the time), and run for your life. You pray to outlive the war so that you can return to your business (that’s if it has not been looted or destroyed by mortar fire.

You pray that the government does not forcefully enlist them as soldiers to be trained in the school premises now turned military depot.

The army in this war is without mercy. It is without any milk of human kindness. It is indiscriminate – it has no respect for children, women, or places of worship.

This army is not interested in spoils of war. It has no intention of regime change. It is not concerned about the rich mineral resources underneath the earth. It is not even interested in religious, ethnic or ideological hegemony.

Its ambition has nothing to do with racial superiority. It is an invisible, fleetfooted, and ruthlessly effective army.

Its only agenda is a harvest of death. It is only satiated after turning the world into one big death field. Its capacity to achieve its aim is not in doubt.

Without ground, amphibious and aeriel machines, it has bases in almost every country of the world. Its movement is not governed by any war convention or protocol.

In short, it is a law unto itself. It is Coronavirus. Also known as COVID-19 (because it announced its destructive presence and intention in the year of our Lord 2019)

Thankfully, this army has a weakness and it can be defeated. It only requires our collective action, discipline and forbearance.

COVID-19 cannot survive social and physical distancing. It only thrives when you confront it. It loves to be confronted.

It capitulates in the face of collective social and physical distancing. It bows before good personal hygiene. It is helpless when you take your destiny in your own hands by keeping them sanitized as often as possible.

This is not a time to cry about bread and butter like spoilt children. After all, the  Holy book tells us that man shall not live by bread alone.

Let’s obey and follow the instructions of the authorities. Let’s flatten the COVID-19 curve. Let’s exercise patience. Let’s be our brothers’ keeper.

In no time, we shall regain our freedom, enterprise and socializing.”

(He speaks the truth. We’re fighting a world war – the whole world vs a virus. So far, it has succeeded in shutting down the world. But the world can defeat it…if mankind is disciplined, patient and cooperates with each other. Deny it every chance of infecting humans and it will die with nowhere to go. Then we can go after the bastards who engineered this. No mercy