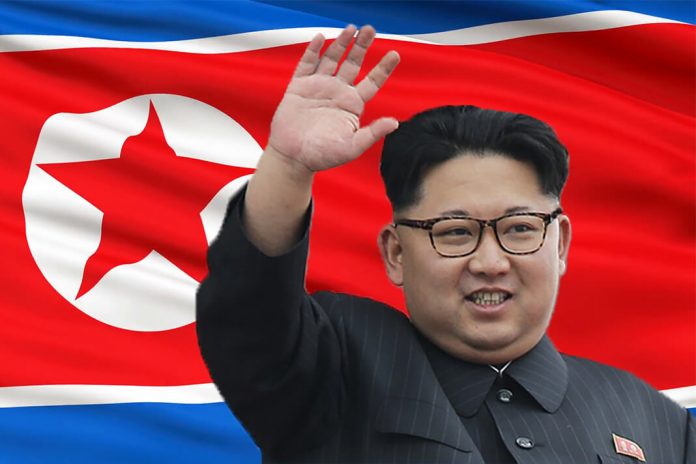 Earlier, Kim sent his sister Kim Jo Yong to an unprecedented visit and participation of the North in the South Korean  Winter Olympics and even reportedly upstaged US Vice President Pence with her unadulterated grace.

The new Kim Jong Un “charm offensive” has given the heir of a 68-year old “war” with the south with a new fresher face than that of a cruel despot. In the recent Korean summit- Kim, a publicly recognized “chain smoker” was no light-and-puff and acknowledged his failed “poverty-for-nukes” economy by advising his counterpart president Moon Jae In to “fly” into Pyongyang because “our roads are bad”.

Kim showed his other Dr. Jekyll face -that of a sophisticated, knowledgeable leader during the summit but with the usual security idiosyncracies. He brought his own pencils and pens; everything he touched was wiped off for fingerprints’ record and had his “own toilet” so that “the waste he left behind cannot be diagnosed for health prognosis.

It seems the once irascible, saberrattling leader has shifted 360 degrees to a fine diplomat- statesman interested in bringing back his hermit state to a “normal one with foreign investments”.

He probably realized that raising his nation’s nuclear capability at the expense of the people’s stomach and prosperity could eventually sow its own seeds of destruction. He would have created his own national security risk.

Analysts argue Kim is studying the economic reforms of heretofore straight-jacketed economies like China and Vietnam which became GDP growth performers. His own recent liberalization of state-owned firms resulted in a respectable GDP growth of 3.9%. Is the change for real?

Kim, who assumed leadership in 2011 after his father’s death had proven his philosophy of byunging or “parallel advance” right- having both nuclear capability and a good economy. By baring his fangs that North Korea can obliterate cities in South Korea, Japan and the USA with nuclear-armed ballistic missiles, the ploy resulted in bringing his foes to the negotiating table.

Now, Kim is toying with a “denuclearization gambit” in exchange for military security and lifting of economic sanctions for his long-suffering people which will certainly be brought up with his historic scheduled meeting with President Donald Trump. The sudden turnabout from the heinous Mr. Hyde, however, has its share of skeptics.

Heretofore, based on the United Nations 2014 findings, Kim’s Regime was found to be culpable of crimes against humanity that included “systematic murder, brutal jail conditions for 130,000 prisoners, infanticide, rape, abortions, starvation and overwork leading to countless deaths.”

There are no “Hollywood movies and international calls” allowed there and falling asleep while Kim speaks is a grave offense punishable by death which allegedly happened to one of his defense chiefs. Pretty girls from schools are reportedly turned into sex slaves and abortion induced by pouring oil into pregnant women’s wombs. Their wardrobe styles there are almost monolithic and there are “ only 28 approved haircuts” in a nation of 25 million people.

In his recent public speeches, Kim, however, talks of “ to reunite families and end the war” in “an age of peace, at the starting point of history.”

Given that its Constitution has nurtured nuclear weapons as a “treasured sword”- can we take the denuclearization rhetoric of Kim seriously? Or it is okay to dance to the music of this scripted stage play in order to buy peace with a “bad boy who has little to lose”?

One skeptic said that for Kim Jong Un to “abandon nukes is radically revolutionary and is analogous to the Pope abandoning Jesus Christ and adopting Buddhism.”

But although this sudden turnabout in facade may be taken with a grain of salt – as long as it serves a noble purpose for global peace- without anyone losing faceit could be the best solution in the interim.