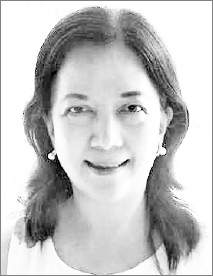 DUMAGUETE CITY – From a quiet, talented community of scholars, musicians, poets, writers, performance artists, swimmers, divers, soccer players, Dumaguete has now become an upbeat city in transition to stages of modernization. Just like any other city similarly situated, it is going through its own “growing pains.” While holding on to things that are dear, such as waking up to a spectacular sunrise by the waterfront, unencumbered by high levels of pollution, traffic, other daily stressors and a slower, more leisurely pace of life, the city is battling some of the issues besetting bigger and more modern cities.

One of these is the issue of informal settlers living off land owned by either the government or members of the private sector. It is not a new issue but certainly has now grown in proportion and deserves to be firmly addressed and resolved.

Recently, local officials in Dumaguete City, led by Mayor Felipe Remollo, had jointly banded together and fought a legal battle to evict informal settlers from a three-hectare property in the city. The usual sentiment portrayed in traditional mass media is of “squatters” being denied their livelihood and thrown out of their makeshift houses by the “villain” who is the rightful land owner. Yet we may pose the question: should we not respect property rights of people who own the land in the first place?

People always feel sorry for the “poor” informal settler who has been living with his family and other families in land that is not theirs. But what about the one who owns the land? That person has been deprived of his right to claim his own land and enjoy his property. This issue is not only true in Dumaguete but in other cities in the Philippines as well. City Mayors hesitate to rock the boat for fear that these informal settlers will not vote for them in the next elections! It takes political will to make things happen. If people see that city officials are serious in evicting them, then we won’t be having too many of these informal settlers occupying public or private lands. It’s a matter of implementing respect for properties owned by others.

In this recent case, it is the government who owns the three-hectare land and thus deserves the right to use it in a way that benefits the city’s residents. I would suggest, however, that to help the informal settlers and others who would like to be productively employed, city officials can open regular job fairs, like once every quarter, inviting government agencies and the private sector to broaden opportunities for those who can work in various capacities. They can also offer technical trainings and workshops via TESDA and other similar training centers to enhance the skill set of people and make them more marketable to employers. With technical/vocational skills training, they will have decent jobs and live with dignity, a more worthy goal to aspire for. (By Agnes Shari Tan-Aliman)