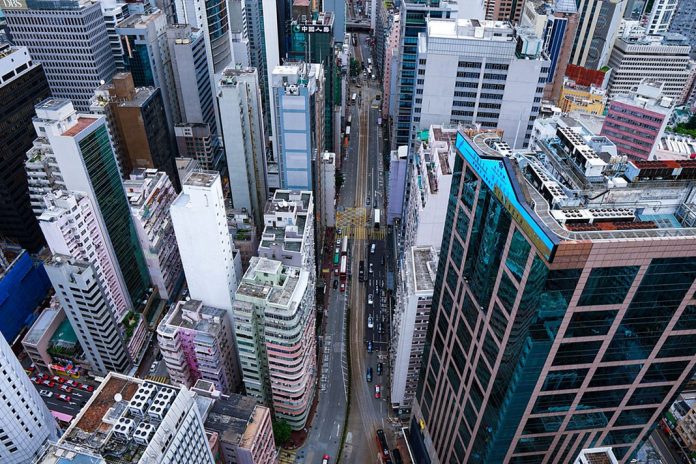 “Whom the Gods wish to destroy, they first make mad.” – SAYING

ONE KNOWS NOT To whom the saying above refers to- is it China with her iron hand or Hongkongers who are fiercely fighting for more democratic rights.

Since June this year, Hongkong has been slowly losing her image as a vacation city, a stable business hub and home to numerous multinational Asian headquarters.

Demonstrators had hit the business districts from Nathan Road to Kowloon, disrupted airports and railways, blocked highways, boycotted classes and engaged the police in violent clashes. Petrol Bombs (we used to call them “molotov cocktails, sticks, and stones) versus the police’ tear gas, water cannons, and blue dyes.

Last week, some major leaders of the street uprising were arrested. Near the border of China to HK also- was displayed the military night of China- as if to warn the demonstrators that the memory of the bloody 1989 Tiananmen Square massacre in Beijing can happen again.

In 1989, after the death of reformist former secretary-general of the Communist Party Hu Yaobang, thousands (reaching 1.2 million at one point) gathered in protest at the square. Week after week the standoff continued.

China then banned all foreign media to cover Tiananmen Square. Then the Chinese military came in and fired- killing from hundreds to several thousand (no one knows). Some 10,000 others were later arrested. And quelled the protest movement.

Will China do the same massacre on Hongkong protesters? It will not be as easy.

HK, though an administrative part of China is home to many world billionaires. It ranks third highest in terms of attracting foreign direct investments ($116B in 2018) next to the USA and China. Hongkong even has a higher credit rating globally then China herself.

Even now, analysts opine that HK is on the road to a recession to add to China’s woes on the current trade imbroglio with the USA. About 30-40% has been the downturn of business with tourism down 50% since 75% of Hk’s visitors are from Mainland China. Property prices are starting to go soft and would soon plummet.

Some 1,100 flights into HK have been affected when last year 74 million people used to visit HK in one year.

It will endanger the HK stock market, one of the world’s largest, where many Mainland Chinese companies are listed. Can Beijing afford to lose all these into smoke by killing this massive wave of dissenters?

It will bludgeon Beijing’s world image as a “brutal repressive regime” and destroy the future of HK permanently. Can China afford that?

Right now, China is encouraging a stalemate: no direct killings but quelling the noisy demonstrators and not giving in to their demands. What are the Hongkongers’ demands, anyway?

Do away with the law that extradites HK criminals into the Mainland; more autonomous HK elections; stop police brutality; do away with surveillance lampposts and stop repression on freedom of speech and assembly.

Right now – it remains a “battle of the minds” plus some subtle moves in a chess game of survival. The USA and Britain had earlier warned China- not in so many words- that a Tiananmen Solution is not acceptable.

By displaying massive military power at the borders, one analyst called this a “Kublai Khan” style of conquest. In the past, when Kublai wished to conquer a city, his troops will fire arrows into the city with attached written messages that before they suffer deaths and hunger, it would be best for them to just surrender in peace.

Unfortunately for China, Hongkongers are not built of weaker stuff psychologically compared to Kublai’s conquered nations.

China has asked Carrie Lam, China’s Chief Executive and her chorus not to budge to the demands. It is bruited about that some of China’s elite forces have been secretly inserted into the present 180,000 police force, infiltrated the protestors and engaged HK’s social elite and banks to help persuade the Hongkongers to lay their arms.

Unfortunately, China seems to only have two unpalatable options to choose from.

One – give in to the demands of the protestors and lose face among her more than a billion citizens that China can be pounded into submission by mass protests; and run the risk that the Mainlanders might copy the idea in the future.

Two- come in full force and massacre the Hongkongers to submission and forever destroy HK’s economic future and dent China’s economy as well and admit many more anti- Beijing nations into the gallery -damning her despotic tendencies and murderous solutions.

With the world already converted into a smaller stage where one’s action will always affect and trigger different reactions from others, China will have to come up with a Solomonic action sooner than later.

Prolonging the standoff is not a good and acceptable way off- for everyone, it seems.