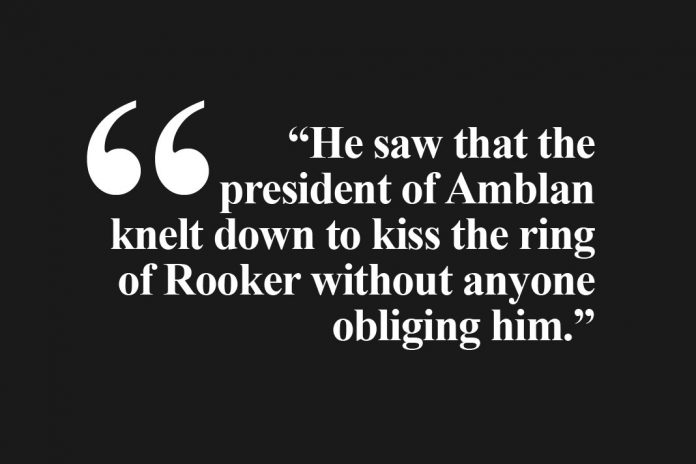 The court further declared that “the facts imputed to Captain Page are false, and that the publication thereof was made without justifiable reasons.”

That the two statements mentioned above against Captain Page were absolutely false is not hard to prove. The accused himself, when testifying at the trial, distinctly admitted that the imputation, “that Captain Page had forcibly compelled the president of Amblang (Mr. Antero Bandoquillo) to salute and kneel down to Bishop Rooker, was false.”

The parish priest of Tanjay, Fr. Baldomero Villareal, who was in Amblang as its interim pastor when the Bishop arrived, had also declared “he saw that the president of Amblan (Mr. Antero Bandoquillo) knelt down to kiss the ring of Rooker without anyone obliging him.”

We also showed to the parishioners of Amlan a charcoal sketch image of Fr. Baldomero Villareal, a Filipino native priest.

Fr. Pedro Trono who was the secretary to the Bishop had also made it known that “he did not observe that 25 constabulary soldiers may have accompanied Rooker in any travel.”