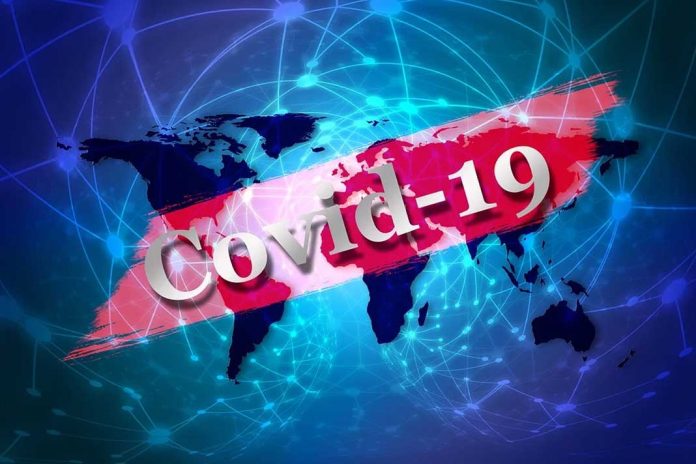 Pick up the newspaper. Scenes from around the world are displayed on the front pages. In the Middle East, a bomb explodes and a building collapses. Bodies lie in the gutter. Women howl with anguish over their dead.

Then you are in Africa. Revolutionaries, rifles brandished over their heads, march through captured streets. In a European capital, rescuers rush to a burning restaurant and carry out on stretchers the moaning victims of a terrorist attack.

Next, in Asia, starving children grimace at you, too far gone to beg for food. The world is whirling out of control. Your mind cannot seem to take it in anymore; one disaster muddles with another.

As the prophet Jeremiah wrote in the Bible Chapter 4: verse 10:

“…The sword will devour till it is satisfied, till it has quenched its thirst with blood.”

God Is in Control

Jeremiah in five solid chapters in 46 to 50 in the Bible, gives a similar portrait of what is happening to the world today notably in the COVID19 PANDEMIC.

We flash by imagination from one country to the next. We smell the rotting bodies of ………..000 Covid19 fatalities; we hear the cries of families. Jeremiah shows, in vivid color, a world as frightening as ours today. But there is a difference. The news leaves us with a dizzy feeling that chaos reigns. But Jeremiah’s vision shows, paradoxically, that GOD IS IN CONTROL.

Through these disasters God punishes those who have SINNED & OPPOSSED his will. As Israel’s neighbors are destroyed, exiled Jews are freed to return to their land. History is not just “one thing after another.” God gives it a sense of direction. Jeremiah delivered his longest and most biting message to Babylon, Judah’s conqueror.

But then, the world today has yet to get Divine deliverance over the Corona carnage which is spreading like the wild bush fires of Australia. The dead-count piles up by the day by the hour. As of this writing , already there are 219, 345 contaminated cases, 8, 969 deaths while 85, 745 have recovered.

In the Philippines, 202 contaminated cases, 17 deaths while 17 have recovered. In Dumaguete only 1 have been reported to have died.

We believe that man’s sheer arrogance, their assumption that they could do whatever they like, drew God’s fury. To a lesser degree, other countries followed the same pattern. God did not judge them by his law.,. Because they never knew it. He judged them for their pride. They ought to have shown humility before God. JUST THINK: abortion worldwide, athiesm, divorce, drug addictions, suicide bombings, people killing each other, prostitution, promiscuity, mass murders, extrajudicial killings, kidnappings, environmental destructions, biological and nuclear warfare, wanton killings in malls, —tell me,— who is the God who will be pleased with this kind of human self-destruction?

Until SIN IS ELIMINATED, people repent and change their ways, only then , can mankind taste the healing and the feeling of God’s mercy.

REPENT, PEOPLE—while there is still time, says the Lord.