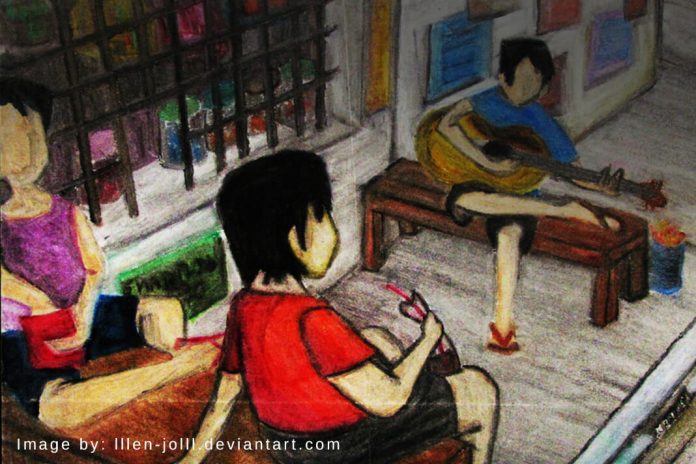 They were rounded up by the thousands; 3,000+ in Metro Manila, and if applied in the provinces the number could quadruple because TAMBAY is among the favorite past time of Filipinos. Males usually, now includes some LGBTs.

Translated: “Tambay” means loitering, doing nothing, drinking along the roadside , getting drunk sometimes, and watching the girls pass by. Usually after a simple dinner of hot corn-rice, kalamunggay and dried or salted fish, and ginamos hipon, watching the only TV set in the poor neighborhood.

Tambay in the country sides are usually seen in country cross roads where a medium size sari sari store is well lighted, and it is the transit point of habal-habals (motorbike for hire with five or more passengers!) into the hinterland or mountain barangays.

President Duterte admittedly an accomplisihed canto-boy as mayor for 22 years in Davao, knows what is happening in the Tambays. It is sometimes the transit point of illegal drugs.

In the cities , Tambay are usually in the slum areas. It is “where the boys watch the girls go by,” and watch out for rapists galore. Expect to get mauled by toughies (at time) if you pass by. Everybody knows what is happening in Tambay areas.

So Duterte is right. Clear up the Tambays and you clear up the occasions of crime significantly. The human rightists might only know too well that if they shut their mouths and try to passby theTambay areas themselves, they will agree that clearing the areas of Tambays is good for the people at large.

The right to loiter is not a crime. Thus, rounding up the Tambays is just like asking the minors to go home at curfew. They are not charged, they are not criminals. But certainly they could become potential victims, or perpetrators of crime especially when the Tambays by night are already intoxicated, drugged or had one too many.

Want to know more about Tambays? Go, loiter with them in the dark nooks of the city and barrios. You won’t regret you did.