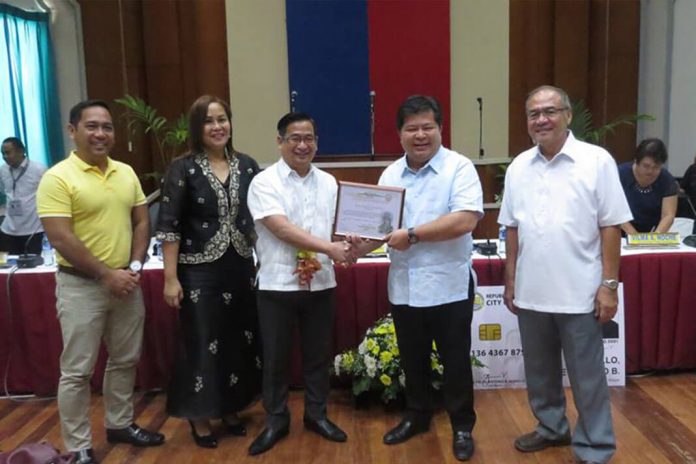 DUMAGUETE CITY – Commissioner Robert S. Martinez of the Civil Service Commission reiterated the need for all government officials and employees to remain steadfast to their oath and perform their best in the name of public service. By doing so, this will help streamline, if not stop, bureaucracy that is admittedly present in the city hall.

Martinez was the guest speaker during the culmination of the 117th CSC Anniversary celebration of the Local Government Unit of Dumaguete City. Mayor Felipe Antonio Remollo has repeatedly appealed to the city’s 1, 600 employees to remain faithful and passionate of their jobs as professionals and to trust the administration that their honest labor will be rewarded with incentives and promotions in due time while those who chose otherwise will be given their due after a fair process.

He is also instituting a policy to regularize or at least appoint as casual plantilla Job Order workers who have been serving the city for 10 to 20 years in recognition of their fine performance. JO workers are not entitled to any other benefits except their daily wage. Upon retirement, many of them have no savings to prepare them in their advanced years.

Councilor Lilani Ramon stressed that encourage the JOs to at least get SSS coverage, Mayor Remollo effected a P50.00 across-the-board daily wage hike so that a portion of their wages can be set aside as payment for SSS premiums. In photo are (left-right) Vice Mayor Franklin Esmena, Ramon, Martinez, Mayor Remollo and City Administrator Ricardo Gonzales.