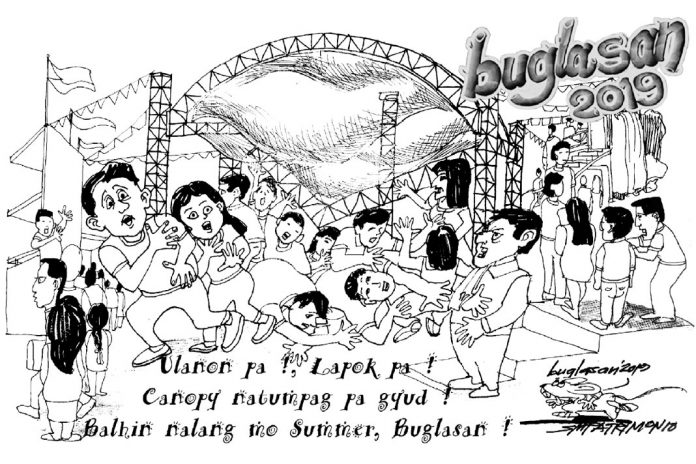 The trip this week of Mayor Remollo to Taipeh as head of Philippine baseball league delegation to the international baseball sportsfest has not stalled but virtually slowed down the final options which the City Government has decided to take in order to seek redress and justice to the illegal warrantless arrest on nine garbage workers at the Candau-ay dumpsite by Manila-based NBI agents.

As most are lawyers in the City Council, the prospective complainants as government and as citizens, they re “not telegraphing their punches” because it could put their strategies into jeopardy.

But offhand we learned that their legal options revolve around seeking redress before: the Ombudsman, the Commission on Human Rights, the Department of Justice, the NBI internal affairs, which cases ventually of course will land in our courts. This is in pursuit of the rule of law said the mayor concerning violations of protocol.

It was the city mayor himself who described the warrantless arrest against city hall garbage dumpsite workers as “acquitable,” even as all nine have already been indicted by the NBI for alleged violation of RA90003 or the Fisheries Code of the Philippines as amended by RA 10654 section 107 on Aquatic Pollution before the city prosecutor’s office. The public could not get specifics.

The assistant city prosecutor’s office in Dumaguete which is under DOJ Sec. Minardo Guevarra would not release the details of the case despite the Constitutional mandate that public documents are open for public scrutiny which is limited only to the laws on national security and privacy. They wanted media to put their request for public documents in writing, which is not usually a good cooperative gesture.

Ironically it was Sec Nards Guevarra, the DOJ top prosecutor himself who is the boss of the NBI became the last to know about the warrantless arrest effected by his own men from Manila. Who then gave the orders? There lies the irregularity.

Finally, the people of Dumaguete want to know what is the legal course of action promised by our City Councilors against violators of their very own law enforcers from Manila whom Mayor Remollo described as “acting like above the law.”

To quote the mayor further: “it was bullying with brutal force. We may be gentle people (of Dumaguete) but definitely we are not pushovers.”