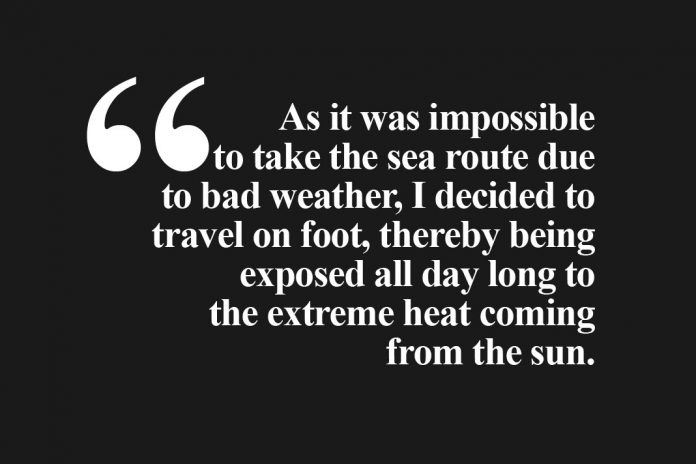 Here’s a peek into the mis sion work of Fr. Licinio Ruiz as he himself narrated in June 1907: For a long time I felt there was a necessity to visit the barrios and towns of Tolong and Bayawan. To respond to the need, I was glad to help.

About 60 kilometers (sic) or more separate the town of Siaton from that of Tolong. Not only about the distance, one gets worried, but also the bad road conditions. Just as it is very difficult for him to travel with one’s horse, it is also very difficult to go on foot.

One has to wade across many big rivers. Then he has to continue on foot across seashores. En route there are agglomerated rocks, testing one’s mettle.

As it was impossible to take the sea route due to bad weather, I decided to travel on foot, thereby being exposed all day long to the extreme heat coming from the sun.

I set off at four in the morning… traversed those shorelines… arriving at seven in the evening of the same day at Tolong, tired and exhausted, my feet hurting.

I could not take a single step, feeling sick, my body shivering… indeed fever symptoms … since during the whole day I had not eaten but a bit of cooked rice.

Thanks to the good hosts in whose house I stayed, I felt relieved later from that slight fever. And while it is true that though in the house there was no comfortable space to rest, but with all the travails, I lay down to sleep on the floor. (More next week)