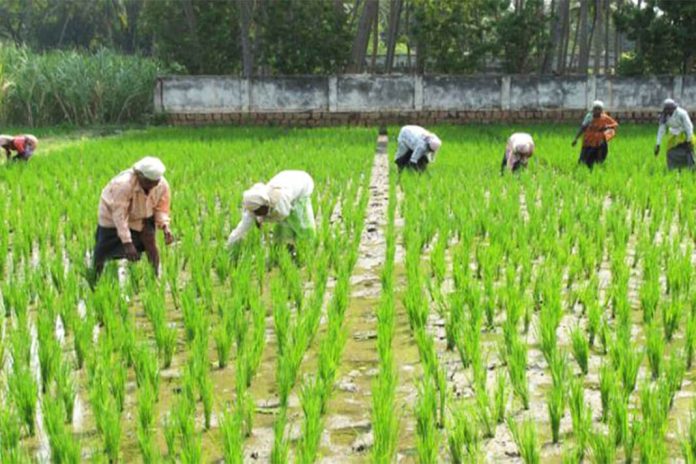 DUMAGUETE CITY – YEARS AGO, VIETNAMESE AND THAI scientists flocked to the IRRI (International Rice Research Institute) in Los Baños, Laguna to study rice varieties and their proper plantation and harvest.

Today, the Philippines- a so-called agricultural country – is one of the world’s biggest importer of rice for the 106 million Filipinos. Why, indeed?

The irony is not lost that today- the Philippines import most of our rice, precisely, from Vietnam and Thailand themselves.

We teach them how to plant rice so we can buy from them.

Are we just good in academics (IRRI) but bad in implementation- with everyone trying to do corrupt and inefficient ways of planting rice and placing it on the table of Juan de la Cruz?

Are we serious in -at least – making the country self-sufficient in rice and not necessarily dream of being exporters like those two other ASEAN countries?

Or are we self-flagellating ourselves with failure to produce sound, affordable rice so that in the face of such failure- set up the importation mechanism which reeks with the opportunities for graft through favoring and licensing of “friendly” rice importers?

Scarcity also affords avenues for smuggling -what with the porous beach network of 7,000 islands where vessels can just drop anchor with tax free rice from abroad?

In the face of all these- there is the NFA (National Food Authority) tasked to stabilize the supply and price of rice saddled with P 172-Billion in liabilities (mostly subsidies) -and rice supply at times neither stable or price -efficient, anyhow.

What are some long-term solutions to the festering problem?

We need to increase our irrigation facilities- gifted as the country is with massive falls, rivers, and streams. The reason Bohol is proudly called a “net exporter” of rice while the country is a net importer of rice is partly explained by the presence of massive irrigation systems-many of them during the regime of the late governor and congressman Rico Aumentado.

Then, there is the lack of post-harvest facilities that bedevil the poor farmers. Everyone and his uncle know that 17% of the value of rice is lost in this part of the production cycle. Palay is not milled immediately and there are not enough bodegas to house the palay and the grain.

We have no need for a rocket scientist to tell as to where Government should place its massive resources into instead of still practicing the discredited method of subsidies to “protect the people” from high prices of rice.

The Ramos government erased the subsidies of oil by simply deregulating the oil industry, The GMA Regime resisted the same discredited method by erasing any remnant of subsidy for electricity.

Alex Magno rightly argues that had those two governments not insisted on this rock-jawed economic policies- the government would have been perpetually saddled by enormous debt due to subsidies. That would have been a black mark for good fiscal management and delayed the recognition for upgraded credit and investment rating by powerful rating bodies of the nation.

That same policy should be the direction of the Duterte regime to cover the issue of rice.

There are other issues. This week 11 men of the Land Transportation Office based in Nueva Ecija were sacked on orders of the president. They were accused of exacting a “tong” of P1,000 per truck passing through the province carrying rice.

With 100 trucks passing through per day, the crooks net P100,000 a day or P3-M per month. Where do you think the victimized rice traders pass this extra cost of business- but to the consumer eventually? How many such “tong” rackets are continuing to plague the industry elsewhere in the archipelago?

Also, there is an enormous layer of middlemen before the product reaches the sari-sari store, groceries or the wet markets. From the farm -the product passes through the distributor, the wholesaler, the retailer before the consumer outlet. How much percentage points have the rice price risen going through this layering of middlemen?

Right now, the averaging buying price of palay is P17 by NFA and P22 by commercial traders. Where do you think would the farmers sell their produce?

There is also the issue of financing. Banks have been mandated to lend 25% of their total loans to agriculture yet they would rather pay billions in penalties rather than comply. Besides, most banks do not accept agricultural land as collateral- so where does that leave the farmers?

Yet – providing irrigation, post-harvest facilities, farm-to-market roads, warehouses, bagsakan— markets- from- the field – facilities should be the lookout of government and given priority. Why?

Because 106 million Filipinos eat rice as our staple food two or three times a day, it is more crucial than oil and electricity.

In all of these, the Department of Agriculture should provide the “comprehensive” roadmap to ensure we find the right solution to this rice imbroglio.

If local rice supply is still insufficient to feed the 106 million Filipinos, the government should allow free rein of entry of imported rice with uniform tariff instead of turning on and off the faucets for the supply which can lead to many temptations and aberrations.

The entry of the imported rice, however, must be such that it is not timed during the harvest season of the locally-produced varieties.

It does not take one to be a trained agriculturist or a sharp economist to identify these are the solutions to this bothersome problem.

In all likelihood, the rice success stories in Thailand and Vietnam probably took all or part of this route.

Why all these years the Philippine Government has not seriously adopted them can only be explained by the fact that under the existing system- pockets of corrupt opportunities abound for most dirty-minded people in and out of government.

It’s about time, draconian measures be taken by the government and let everyone concerned in the Rice Industry bite the bullet. It’s been a long time coming.

Let’s stop this confusion and reward the crooks by our failure to institute the reforms needed here.