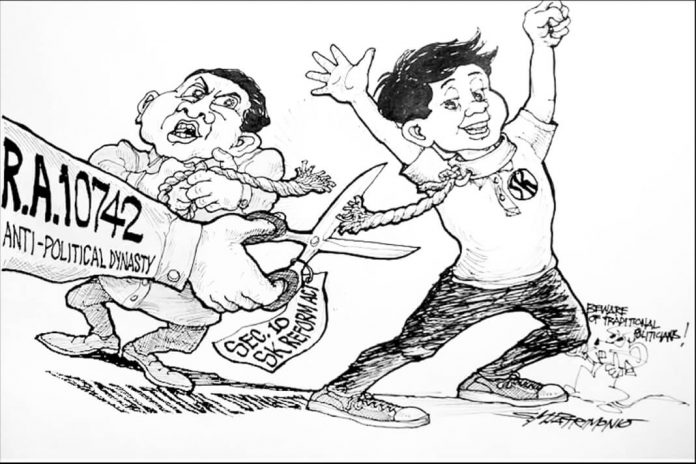 DUMAGUETE CITY – At long last, although not all, we have elected very good potential future leaders in the SK Sangguniang Kabataan elections. And if given proper training and guidance, surely we will have a good breed of future leaders in our communities.

For one thing, a good batch out of the 30 new SK youth chairmen ran as independent, no political support whatsoever, as interviewed by DYEM CROSSTALK show.

They abhor politics and vowed to get out from the service if politicians will intervene in the youth affairs of the City.

This they pledged when they took their oaths before City Mayor Felipe Antonio Remollo last Tuesday. Of course, we still hear of political meddlings and influence; vote buying etc. But these were no longer prevalent in the May 14 elections.

The SK were also protected by an anti-dynasty law which prohibited those in the second degree of consanguinity and affinity from running.

And so we look forward to a more progressive youth councils in Dumaguete.

Among the concerns of the newly elected youth leaders in the community are:

The need to improve communication between parents and children who are mostly left on their own by working parents. The youth want more bonding and quality time with parents whom they pledge the SK federation will appointment as youth advisory councils.

They also ask parents to control the flow of money which are often times diverted to illegal drugs. The SK leaders attest that drug usage is a form of escape for lack of parental attention, and is a matter of choice. Still the majority of the youth don’t use drugs. Only a big minority, they say.

There is also that prevalent incidence of teenage pregnancies and abortion. The youth need guidance not condemnation.

The SK also wants to clean up this fast becoming stinking city where garbage is a problem without sanitary landfill and a soon-to-be closed garbage dumpsite. Soon people will have to segregate their garbage prior to disposal.

Many among the youth would like to volunteer to direct traffic during their free hours. They also want to learn more skills which they can use after college.

We believe that it was right for government to insist in reviving the SK, a Marcos creation in the 70s in the height on youth militancy.

Today we have a different brand of youth . Most of the millennial are now computer literate. Their video games mania has to be regulated.

Finally our offer was accepted to air a weekly program of the youth thru the SK federation. We hope that this future opportunity to sustained expression of their sentiments will be able to bridge the generation gap between the millennial and the baby boomers.