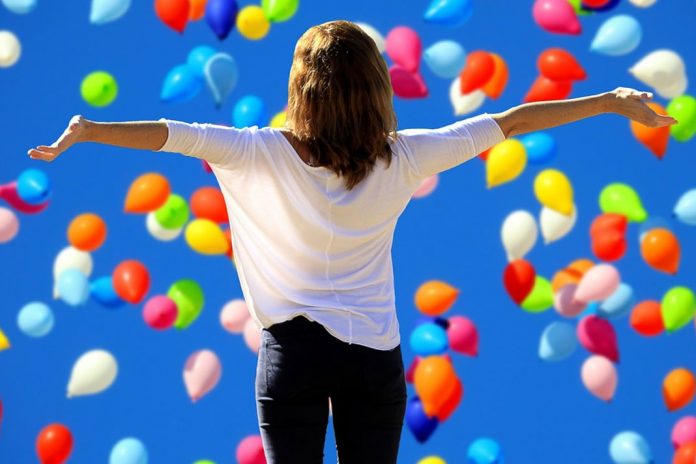 For this week’s issue, I chose to write about a topic dear to my heart: self-esteem, as we make our own journey towards continuous self-improvement, success and fulfillment. Self-esteem is how we look, think and feel about ourselves. It is one of the pillars for a happy and successful life. Yet it is something we ignore or choose to take for granted. As a result, we settle. We settle for less rewarding jobs, less worthy life partners, less meaningful lives. We figure it’s what we deserve anyway because we do not deserve more. Self-esteem is not about being arrogant or haughty or high and mighty but more about bringing the real us into the light and discovering that we are surprisingly good, smart, lovable and deserve so much more in life. This, regardless of our socio-economic status, our positions in society or our circumstances and situations.

Most of us have battled our own “demons,” those fearful, worrisome thoughts that haunt us: What if I fail? What if I get rejected? What if I’m not good enough for the job? What will people say? Some of us can almost hear the old labels hurled at us while we were growing up: “you won’t amount to anything.” Or even worse “you’re good for nothing!” Most people just give up without even trying or let their self-doubts and fear get the better of them. As a result, they drift aimlessly and remain in their own comfort zones, unwilling to rock the boat or discover that there are other pathways that lead to somewhere bright and wonderful.

According to Annie Ashdown in her book “The Confidence Factor: seven secrets of successful people” (London, 2014), there are some principles to go by if we are to lift our self-esteem and achieve success. Some of these are: daring to live our dreams; discovering our inner strength; living our principles; being more determined, thinking positively and acting by faith; changing our perception and overcoming setbacks. Quite simple and straightforward guide points. She gives examples of people who have overcome adversities and emerged winners due to grit and a tremendous belief in themselves. “Oprah Winfrey endured a tough, abusive childhood and several setbacks in her career, got fired from her job as TV reporter because she was told she was unfit. Through her self-belief, she has become one of the richest women in the world. She says that “failure is another stepping stone to greatness.” Another person who has experienced failure and rejection is one of my own favourite authors, Margaret Mitchell. Ashdown notes that Mitchell’s book, “Gone with the Wind,” was rejected 38 times before it was published. It went on to win the Pulitzer Prize and the film garnered eight Academy Awards.”

Another one, J.K. Rowling, who doesn’t need any introduction, was “broke, depressed, divorced and trying to raise a child on her own while receiving (welfare) benefits and writing her novel. Her book “Harry Potter” was turned down by 12 publishers including Transworld and HarperCollins. After being refused by a dozen agents, she was taken on by Christopher Little, who persisted in submitting the book for a year while an endless stream of rejections arrived at his door.” We all know how Rowling’s multi-volume books, “Harry Potter,” made the bestseller list consistently and the movies based on the books were blockbusters globally.

Who can forget Michael Jordan or Air Jordan as his fans called him at the height of his career? Ashdown narrated that Jordan was “dropped by his high school basketball team and have missed more than 9,000 shots in his career and lost over 300 games. On 26 occasions, he was entrusted to take the game-winning shot and missed. He said he has failed over and over again in his life and that is why he succeeded.” (www.michaeljordanquotes.org, March 2012)

Michael Jordan could have been just the regular young kid playing basketball in the neighbourhood. Or Oprah Winfrey could have been one of the regular reporters working in a local TV station but if they did not break out of their own barriers, failures and setbacks, they would not have achieved the stellar success they now enjoy.

The gist of the matter is facing our own fears and acting on our beliefs that we have the talents and abilities to make our dreams happen. This is not easy and we need to know ourselves more and determine which is perception and which is reality. Are our fears and doubts real or just imagined? What is the worst scenario that could happen if we fail? What if we ask for a raise and our boss says No? What if the client or prospect we are making a sales pitch to rejects us and chooses another one? If we are comfortable with rejection, knowing that somewhere, there is one publisher or company or employer who will eventually say Yes, then it is worth the effort. We would have conquered our own fears and moved closer to our goals.

When we have a healthy self-belief, we can act on our dreams, be more determined, persistent and persevering, rise over setbacks and get back on course towards meeting our goals. And it all starts with self-belief or self-esteem.