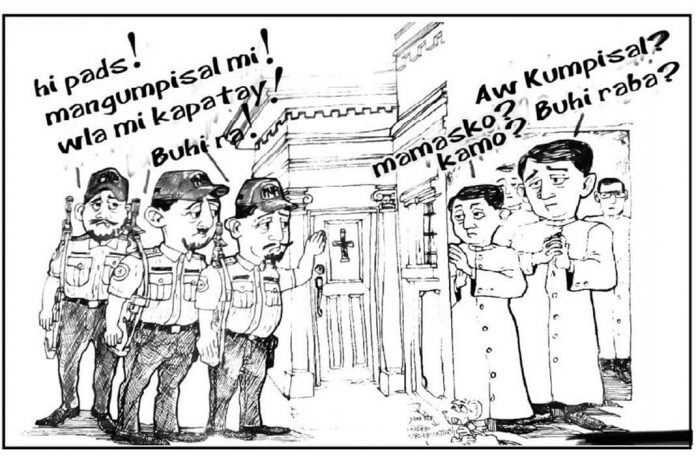 At the aftermath of the series of killings by police-suspects victimizing three minors in Manila and many others suspected of resisting arrest for alleged drug peddling, the Catholic Bishops Conference of the Philippines announced it will extend safe places for policemen who are now seeking the Catholic Church ’s protection in that they are willing to tell the truth about extra judicial killings in the government’s fight against illegal drugs.

But the Church said it will not take sides other than listen and seek the truth. Neither will the bishops take the policemen’s statements hook line and sinker without first be verifying the truth of their report.

The Catholic bishops’ pastoral letter denounced all kinds of extra judicial killings. Bishop Julito Cortes of the diocese of Dumaguete expounded on the Catholic church stand on EJK as a malady which only a miracle from God in His Divine intervention can fix.

The Church thru the CBCP said that they will never give-in to the excuse of the so-called “resisting arrests” as a common ground if only to exonerate the guilty or even the police themselves from being accountable to mounting EJKs which are beyond the reach of our Courts.

Let us help government in crushing the drug menace. Bt let the ax fall where it may. Is it true that there is a reward for EJKs in drug infested or “shabulized” areas.

If there is one thing the Duterte era must be given due credit is its intensified pursuit against drug lords and and drug users in the country. No president has ever uncovered the extent of the drug menace in our country as Duterte.

Just as never has it been that Malacañang was dragged into Marcoslike accusations of unexplained wealth, and unexplained killings. This must be the price of leadership.

How costly, and how lonely!