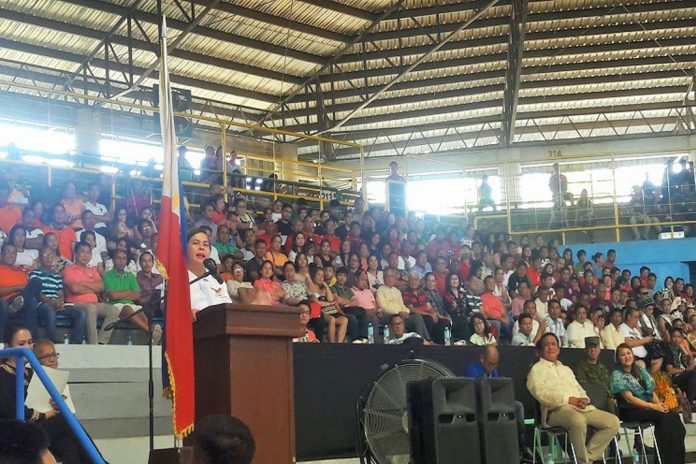 Davao City Mayor Sara Duterte Carpio is the guest of honor and speaker during the Buglasan Festival of Festival Showdown Competition held on Oct. 19, 2018 at Macias Sports Center. In her message before the start of the showdown, she announced that the winning contingent of the contest is invited to join and compete in the Kadayawan Festival in Davao City next year. Sitting close to her are Negros Oriental Gov. Roel Degamo and Pamplona town mayor Janice Degamo. (ral/PIA7-NegOr)