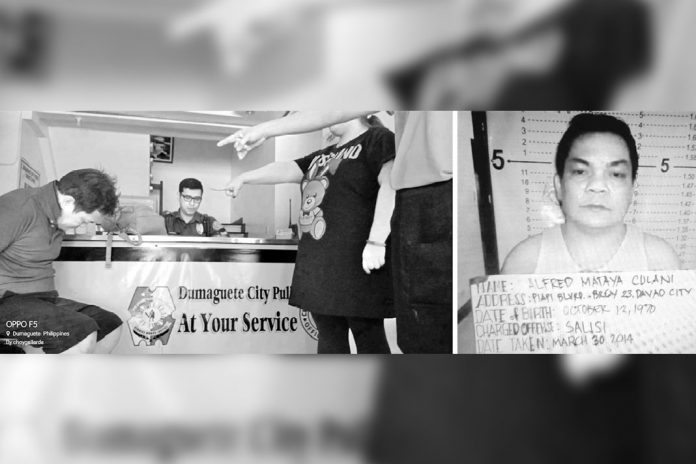 A suspected member of a “Salisi” gang victimizing foreigner as well as local residents was arrested for the second time around. This gang pretend to eat in crowded restaurants and move around picking up bags and things of customers who are busy eating.

Police records show that gang members can collect and steal bags and items inside worth close to a hundred thousand pesos of personal belongings of resto customers.

Past 11:00 o’clock |Thursday morning, several Chinese nationals were inside Hayahay to take their meals, when the suspect who is believed to be with three other companions, was cited by an employee to be the same person who has victimized their clients for three times already since last year.

He was caught red handed by employees after a short chase on the road while the police was on its way. The employees effected citizens arrest on the suspect who gave several aliases, one of which is Alfred Mataya Culani, resident of Piapi boulevard, Barangay 23, Davao City.

Police records show that Culani was also arrested on March 30, 2014 for the same offense, but refused to disclose if he was convicted or not.

Dumaguete chief of police Supt Jonathan Pineda said the suspect was arrested with a knife tucked on his waste and illegal drugs inside his wallet. Appropriate charges are being readied against the suspect, who refused to cooperate with the police.