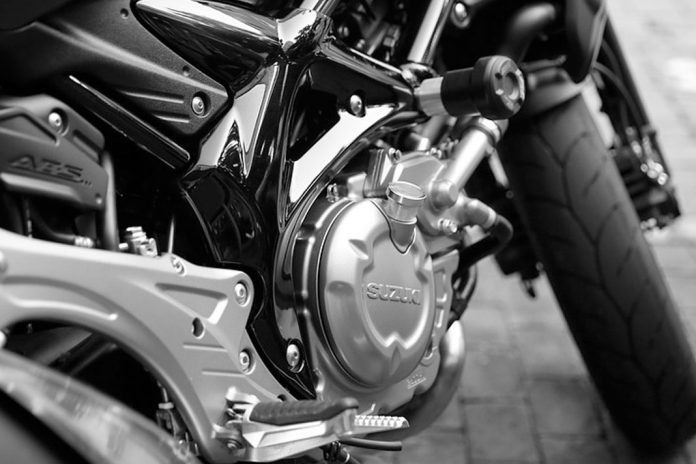 PRESIDENT DIGONG DUTERTE, 74  Years old -considered the country’s oldest president is addicted to motorcycle riding. In fact, one of his deepest regrets in winning the presidency is not because he cannot visit his favorite restaurant in Davao City any day he wants.

It is because he has been barred from riding motorcycles in public places. Duterte, for years, has been a known motorcycle -riding enthusiast. He is reputed to have owned a Honda, Yamaha and the powerful Harley Davidson- a kind of status symbol of the motorcycle cults.

In 1968, Digong figured in a motorcycle accident (likely in Davao City as mayor) which injuries are causing his recurring migraines and reportedly spinal trouble today.

There is an amusing tale that one time, the Presidential Security Guard went to full alert when they could not locate the then-president Gloria M. Arroyo while she was visiting Davao City. It turns out, without schedule and approval, the street-smart city mayor Digong wheeled away his friend GMA to tour his Kingdom of Davao City. There.

As president, it is now known that Duterte’s romance with motorcycles has not totally ended. He still does 15-minute rides around the Malacanang Palace complex -to get the high as other addicts of other substances get- using his 630cc motorbike.

The other week, he suffered bruises from a motorcycle incident inside the Palace and showing a few wounds to some Cabinet members. However, in his next visit to Japan to install a new king of Japanese royalty, Duterte rushed back ahead of schedule to Manila -complaining of “unbearable pain in the back” as a result of that motorbike accident.

Upon arrival, Digong, however,did not medical attention nor went to Malacanang to rest but went straight to the wake of Federalism ally -former senate president Nene Pimentel. This led to a netizen-blogger to state that the real reason our president went home was that he was not accorded the usual protocol arrangements as head of state.

The netizen further explained that the diplomatic faux pas was because the president apparently did not confirm on time his participation in the King’s enthronement. Since Japan is strict with protocol, Duterete (sic) was left seated behind the ambassadors.

To prevent further embarrassment, the president scurried home. The palace has denied the story of the blogger. But that is another story.

In a few days’ time, the president was seen with Senator Bong Go inside the palace grounds again, testing a three-wheel motorcycle. Go justified the fatalistic act as “Duterte’s slaying of the fear “ of motorcycle riding after the earlier accident.

Such acts reflect what is common among motorcycle lovers. They are addicted forever to motorcycle riding. A motorcycle is a “mistress” no lover will part- till death do them part. Sometimes, they actually do part that way.

What is this thing about Romancing Motorcycles? Let us digress.

Most motorbike addicts are male- and it helps that Hollywood icons like Marlon Brando and Steve McQueen looked iconic atop their heavy bikes in a couple of their hit movies. Macho men, they looked like.

Motorbike riders also tend to congregate and travel together- especially on holidays and call themselves names like “Hell’s Angels”. Strike One for camaraderie among equals. This, despite many of them spending thousands in hospital bills, having metal parts in their bodies to replace the original, scarring everywhere and sometimes hearing impairment.

Soaring along the highway at top speed is like “going high to heaven” for them without using substance abuse. Some get off their worries and problems by driving the roads- and seek solace in nature without bothering anyone.

Riding gives them a macho feeling- confident they can achieve desired results and risking some with their behavior- making other obstacles in life easier to handle- at least mentally.

Other riders opine that riding the bike- is like being on top of an extension of oneself- using brawn and brain- to navigate obstacles – an ultimate symbol of freedom and independence.

Take our friend Roby- stricken twice by stroke. He was an extrovert and a risk-taker. Confined mostly at home, one day, he hopped to his motorbike (he owned cars) just to play video games in a public internet café. The roar of his bike gave him a semblance of his “primal scream of the wild” – (figuratively)beating his chest perhaps like Tarzan and yelling: I am OK.

Minutes later, he fell off his chair in the internet cafe- the third stroke and never to breathe again.

In God-forsaken traffic-marred cities like Manila and Cebu, driving motorcycles through the labyrinth is the most practical thing to do. Travel time is reduced by more than half and cost-effective than driving a car. It certainly beats riding public transport – congested and filled with other people’s bad odor (BO).

“Angkas”  (paying hired motorcycles with drivers) is getting popular- and why not? Takes one 30 minutes to reach Binondo from Ortigas where two hours are the minimum waste whether one rides the public transport or ride the private car. And not counting the time to look for parking, too. Plus its added cost.

So it is no wonder that our cities are becoming a City of Motorbikes. But there are a few others, like “Tatay Digong”, as the irrepressible Bong Go would call him – who just cannot extricate from a passionate, never-ending love affair with their motorbikes.

Incorrigibly romantic, they are. Are you one of them?