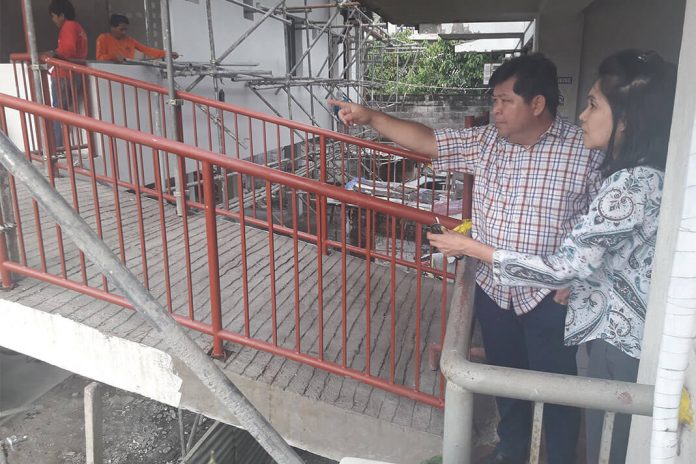 DUMAGUETE CITY – In response to incessant complaints of barangay captains of the delay in the implementation of roughly around P 36.6M worth of projects, Mayor Felipe Antonio “Ipe” Remollo has assigned two engineers whose specific jobs will be to make the program of works and detailed estimates to relieve the backlog.

Based on the records, 38.23% of the 20% development fund for 2017 amounting to P 30.04 million have no program of works and detailed estimates as of September 30, 2017. Meanwhile, P6.6 million or 8.40% of the unstarted projects already have program of works and detailed estimates but the procurement of the materials is ongoing.

For 2018, the City Development Council approved P84.6 million worth of projects charged under the 20% development fund next year in all 30 barangays, Mayor Remollo has instructed the City Engineer’s Office to finish all program of works and detailed estimates by the end of this year so that the implementation of the projects will start promptly on January 2018.

Among the big ticket projects under the 20% development fund included rehabilitation, widening and concreting of roads in various barangays P25 million; improvement and rehabilitation of controlled dumpsite and disposal system P10 million; construction/ rehabilitation of shoreline protection at P 12 million and acquisition of lot and other expenses for the construction of city and barangay roads, multipurpose and evacuation center and facilities at P10 million.

The CDC also approved P34.4 million worth of projects under the City Disaster Risk reduction and Management Council. The next step in the budget process is to present the priority projects for approval and disbursement authorization.

City to give up sanitary landfill search outside of Dumaguete

For business solutions and growth opportunities, contact our partner Ako Philippines – they are offering website services, creative graphics and branding solutions, it & automation and business consulting.