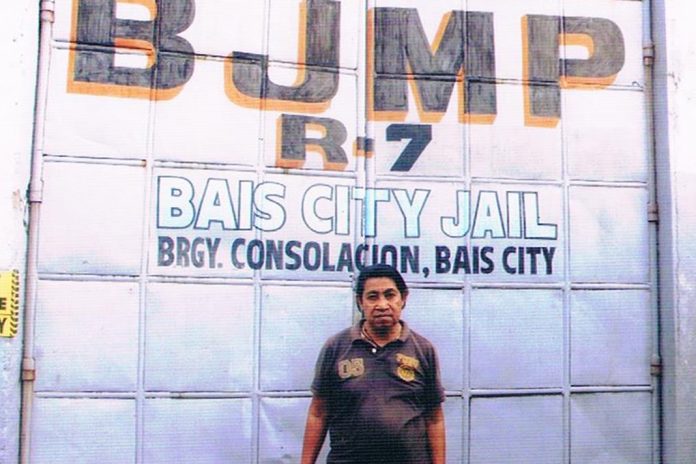 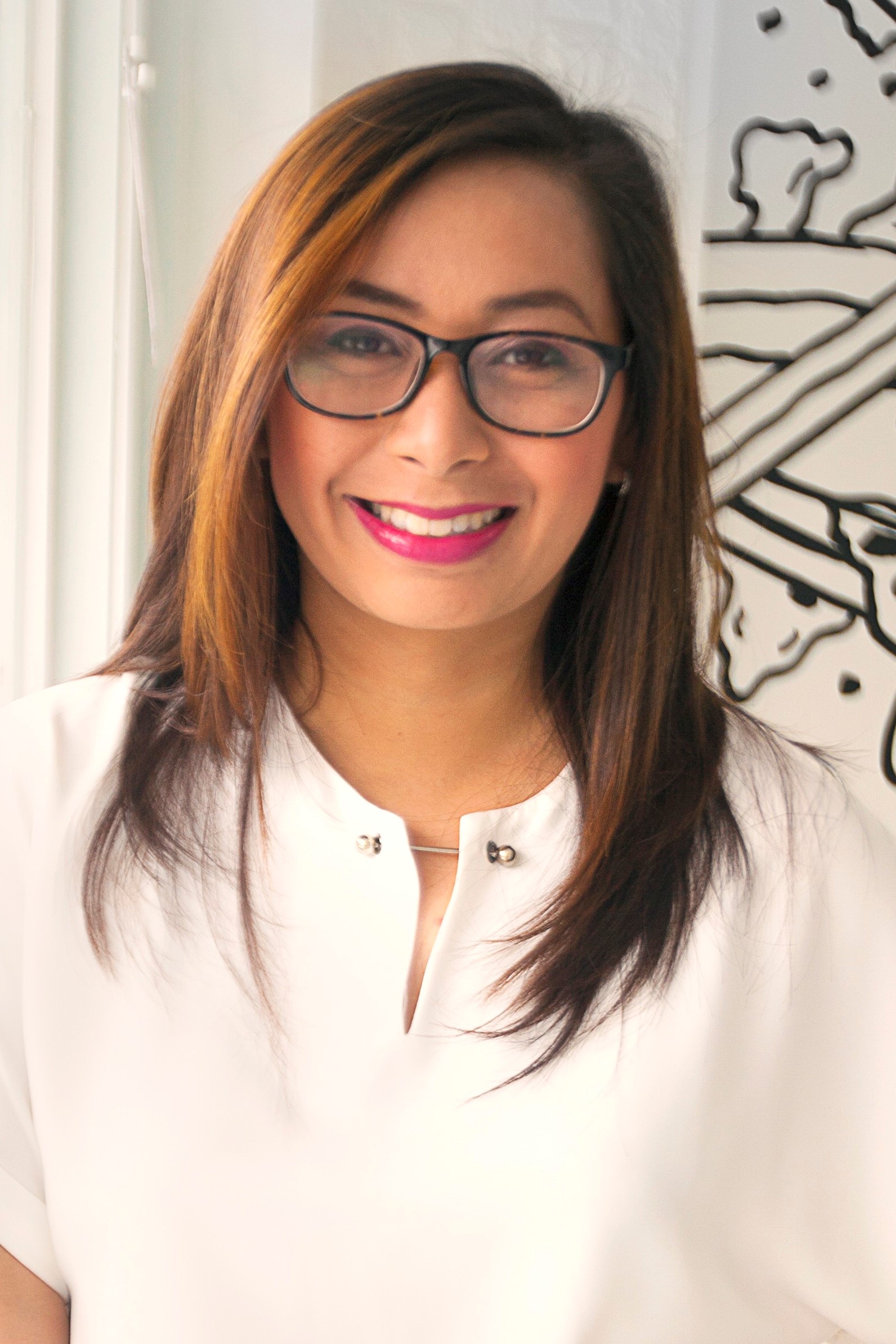 A twenty-something adult is at the cusp of life. He/She faces a wide array of possibilities with bright-eyed optimism, simultaneously excited and anxious for what is to come.

24-year-old Manuel Navoa was no different. He was well on his way to finish a degree in Agricultural Engineering when it would all come crashing down on a seemingly ordinary morning of June 22, 1979.

As Manuel was waiting for a ride that would bring him from hometown Tondo to Gregorio Araneta University Foundation in Malabon where he was studying, two police officers arrested him and brought him to the Western Police District precinct. He did not know what crime he was charged with. Remember, this was Martial Law era.

Warrantless arrests were the order of the day. He was not even given the benefit of being appointed a lawyer at the time of his arrest. This was his first brush with injustice up close. What he did not know was the worst was yet to come.

Scared and confused, Manuel finally found out the charges lodged against him upon reaching the WPD precinct: arson and multiple homicide. He was identified by one of the gang members in Tondo as the man who burned down Manila Cinema 1 and 2 which left 14 dead and hundreds more injured.

It continues to be the deadliest fire to hit a theater in the country to this very day. Manuel vehemently denied the charges. He was in school when the crime happened, he said. Sadly, all his protests fell on deaf ears. Although innocent, he was found guilty of the charges against him and was sentenced to death by electrocution.

Manuel felt deep-seated rage against those who wronged him. This anger festered as he languished in isolation since death row inmates were separated from general population. He thought of the ways he would avenge the injustices done against him, the heart-breaking pain and embarrassment his family had to grapple with.

He was a dead man walking anyway. It would no longer matter if he would truly hurt someone at that point. He was already a convicted killer, might as well be one.

But there were two things that held him back. The first were the words of his mother. He could never forget what she said in one of her many visits. “Anak, magpakabait ka dito. Kung hindi, hindi mo na kami makikita pa (Son, be good here. If not, you will never see us again).”

The possibility of not seeing his family was a pain he could not bear. Not even the agony of being jailed for a crime he did not commit could come close to it. He made a promise to stay away from trouble while behind such oppressive, suffocating iron bars. He kept his word, largely retreating to the solitude of his holding cell, anticipating his family’s next visit.

But there was one miracle that he did not account for, the second thing that kept him from going astray throughout his time of incarceration. Manuel found God.

Before being imprisoned, Manuel was a happy-go-lucky youth who found himself on the fringes of the wrong end of the law. It was in this direction-less period of his life that he became friends with some gang members in Tondo. They asked for favors, mostly money-related, but when Manuel could no longer give what they asked, he was accused of the crimes he was sentenced to death for. In a way, being in prison saved him. It was there, in a place supposedly meant to contain the evils of society, that he rekindled his faith.

He joined Bible studies and charismatic gatherings. He listened to testimonies of faith and was moved to his very core. He felt this surge of hope, of love, of forgiveness. Such change of heart manifested itself more concretely when Christmas came along.

He wrote letters to all those who wronged him — the men who accused him; the police officers who arrested him; the prosecutor who was assigned to his case; the judge who sentenced him to death. In his letters, he said he was no longer angry and that he had forgiven them. Although Manuel never received a reply, he felt free. He was liberated from all the wrath and bitterness over how his life turned out. He felt genuinely at peace and no longer feared the inevitable day when his death sentence would be carried out. But God, as it turned out, was not finished with him yet.

Last issue, this space told the tale of Manuel Navoa, who at 24 years old, was imprisoned for a crime he did not commit. He was sentenced to death by electrocution as the principal suspect of the most deadly theater fire in the history of the country which claimed 14 lives and injured hundreds more. There he was in isolation, anticipating each bittersweet visit by his family not knowing when his sentence would finally be carried out. One year passed. And another. And another. While it would seem that the passing of the years behind iron bars would be heartbreakingly agonizing especially for a dead man walking, it was at this very time that Manuel regained his life. He experienced metanoia, a radical change of heart as a result of total spiritual conversion and deep penitence for his past sins. He extended a forgiving hand to all those responsible for his wrongful imprisonment and death sentence. With his newfound faith, he no longer feared death but welcomed it. But God was not through with him yet.

A few months after former President Corazon Aquino was installed as President of the Philippines, she temporarily lifted death penalty until a legislative body was formed to enact laws that would decide on such a serious and controversial matter. Manuel sent a letter to President Aquino. In it, he explained his pitiful situation, something he believes the President could relate to given what had happened to her husband, Ninoy, who was also imprisoned with fabricated charges. Manuel received a response that gave him hope. While no promises were given, the President said his case was submitted to the courts for review.

August 21, 1986 came along. It was an ordinary day. Manuel was in his cell as usual. There was no indication that a miracle was well on its way. A jail guard approached him. Manuel was being summoned to the warden’s office. A lot of thoughts raced through Manuel’s head. Was a family member sick or had died? Did he do anything wrong? Why was he summoned by the warden? He said a quick prayer and surrendered everything to the Lord.

Manuel reached the small, concrete office. He was surprised to see his parents waiting for him. His mother’s eyes were brimming with tears but something was different. With the tears was a smile on her face. She was crying tears of joy. “What could this all mean?” Manuel wondered. He saw the warden carrying a sheet of paper. Slowly, Manuel heard the man whom he had grown to both fear and respect read the content of the paper. It was a court order. Then Chief Justice Claudio Teehankee had completed the review of Manuel’s case and had issued a ruling with finality. After months of extensively reviewing Manuel’s case, he was found not guilty of all the charges brought against him. On that clear Thursday morning, Manuel became a free man once again.

This was truly nothing short of a miracle. Just the day before, Manuel spent yet another day behind bars thinking that it would be the same the next day and the day after and the day after that. Everything can truly change at a snap of a finger. For Manuel, it was a new lease on life and now that he found God, he made a promise to dedicate his life to serve Him.

But a happy ending would once again elude Manuel.  While he was acquitted, employers still saw him as an ex-convict.  This label carried such a negative stigma that he could not find any company or office that would hire him.  At 28 in 1986, he could not find a decent job.  There was no way he could provide for his needs.  This is one of the reasons why he constantly reaches out to government agencies, religious and civic organizations, heads of schools, and prison officials to voice out some of the changes that can be done to improve the penal system in our country.

So much had happened to Manuel Navoa.  He had been wrongfully imprisoned.  He was sentenced to death.  After three years, he was finally acquitted of all the crimes he was charged with.  And yet, justice still eluded him after years of incarceration.  No one would hire him because of the stigma attached to being an ex-convict despite his acquittal.  In a way, he was still imprisoned, this time by how society viewed him.  This is the reason why he goes around the country to share his story in the hope that he would effect change, that through him, young men and women would be inspired to make responsible choices and be centered in a life of faith.  He also calls for changes in our penal system so that prisoners would still be accorded humane treatment, that those who stand accused would have a fair shot at justice regardless of their social status, that ex-convicts are given opportunities to start anew. He constantly advocates for the following recommendations in each and every place his mission work takes him.

In a society quick to condemn, Manuel’s story of redemption is a timely reminder for all of us to be less judgmental and be more forgiving.  As Psalm 69:33 so aptly put it, “For the Lord hears the needy and does not despise his own people who are prisoners.”  May we say a little prayer for all our brothers and sisters behind bars and may we concretize our compassion by sharing with them whatever we can — clothing, bedding, hygiene items.  I close this series with a quote from a wife of one of the prisoners I have met in the course of writing this story.

“I accept that my husband committed a crime and for that, I am truly sorry.  But that does not mean I have stopped loving him.