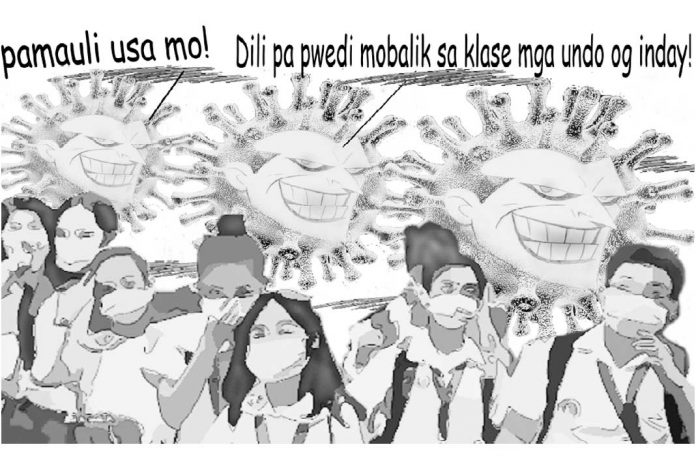 At no time is government thru Congress in the best position to REEVALUATE television teleseryes (tele-series) of a big television networks which rake million of pesos in advertising revenues, yet erode and destroy the moral fiber of the nation because of televisions’ many unwholesome and immoral shows being tolerated over the air lanes.

What is mostly immoral, unwholesome and inappropriate are the themes, not necessarily the scenes.

Imagine, what do hours upon hours of TV dramas about love triangles, drugs, crime, abortion, corruption, intrigues—what positive values can it give to millions of Filipinos except millions of advertising revenues to the networks at the expense of our precious moral values of the home and family which are eroded and destroyed!

Now that Congress is re-evaluating the franchises of TV networks, let it be ruled and regulated thru the MTRCB that drama themes on television be confined to the finer Filipino values of home and family to promote wholesome entertainment like in the days of John & Marsha where moral values are presented in an enjoyable manner for the entire family.

Unlike today when TV drama series or teleseryes, are purposely presented to incite the base and unwholesome immoral taste and values which we know may be attractive to many, because as a rule “what is forbidden is always attractive” to the senses—like the forbidden fruit in the Garden of Eden.

Nowhere can you see these kinds of violent and immoral TV dramas in Singapore, Japan, Vietnam, Korea, Malaysian television who promote wholesome family values of their countries, in their TV soap operas and dramas.

In local Philippine networks, they promote what is bad in our culture, crime, violence, drugs, immorality—why?

While the networks are wallowing in its millions of pesos in advertising revenues, the moral fiber of the Filipinos are eroded and destroyed.

As part of police power of the State, without necessarily infringing on the freedom of expression, we strongly suggest that Congress now hearing the franchises of TV networks rule that MTRCB will strictly regulate the themes and moral values of TV drama series.

Tod add, we suggest that the Church, Parents association, and moral teachers form a big part of MTRCB and far from the clutches of corruption.

Failure to do so will do worse damage to our people’s moral values exacerbated by the insatiable greed fro advertising millions of pesos going to the pockets of unscrupulous TV networks, many of whose investors are the actors and actresses themselves! This is a vicious cycle!