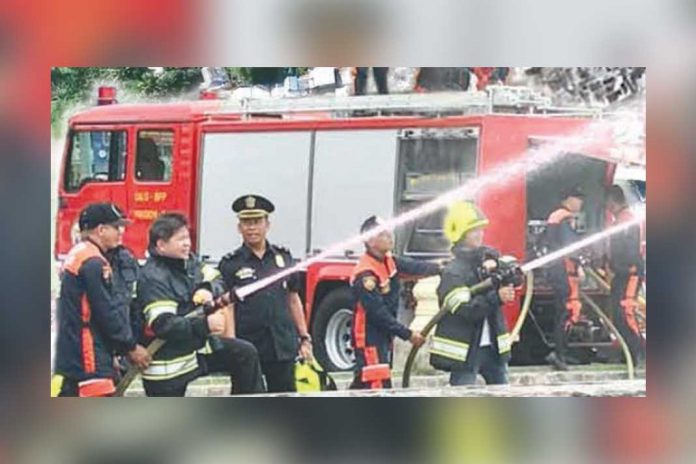 The City policy makers in the Sangguniang Panlunsod and the Liga ng mga City Barangays are pushing for an omnibus ordinance that would require owners of subdivisions and housing compounds with narrow roads to install fire hydrants for the safety of all inhabitants in the neighborhood. Otherwise their permits will be renewed.

This came in the wake of current investigations of two fires which leveled 60 houses in Looc and Purok Gumamela in Calidagan very recently at the approach of Fire Prevention Month of March.

LIGA ng Barangay president Kagawad Diony Amores is supporting the move because so many barangays in the city have interior mass housings without regard of proper width of access roads if at all, which poses a danger to fires and security concerns.

City Mayor Felipe Remollo is strongly urging the City Council to legislate, if not enforce existing legislations in requiring fire hydrants in all Barangays.

The question is: does the Water District also assure of a 24/7 water supply? Reports say that precisely at dawn, water pressure goes down when this is the exact time to be on guard against disasters.

“If crowded housing areas are equipped with fire hydrants, God knows how many houses will be saved in cases of emergency,” on resident quipped.

Portable water pumps but also be bought and ready in all barangays as exemplified by Bgy 4 in the boulevard areas.

Overhead concrete water tanks with 100 gallons capacity in all Barangays like the one in Colon St. market can serve as a fire deterrent. Very easily barangays can purchase mini vans to be mini fire trucks just to preempt the big fire trucks while coming in response to a fire call.

“Trouble is, the urgency to act comes only a bit too late when disasters — which could have been prevented — have already occurred because of official neglect.” One tax payer commented.