The Presidential Task Force on Media security (PTFOMs)  has taken the lead in the investi-gation on the murder   of local broadcaster  ”Rex” Cornelio Pepino   amidst tension between local investigators and the camp of Governor Roel Degamo.

Three agencies are now conducting parallel probes making things confusing., These are the Police, the     NBI  and the Governor’s office.  Why is the governor’s office involving itself in the case?— netizens are asking.

Undersecretary Joel Sy  Egco, PTFOMs Executive Director said in an interview over  Radyo Pilipinas that PTFOMs Chairman and Justice Secretary Menardo Guievarra has ordered the formation of a Special Investigation Team for New (SITN) cases on media security including   Pepino’s death. The NBI  is also tasked to coordinate with the Presidential Task force.

NBI  agents say that they also received death threats  when they joined in the investigation. They are now focusing on a common lead. 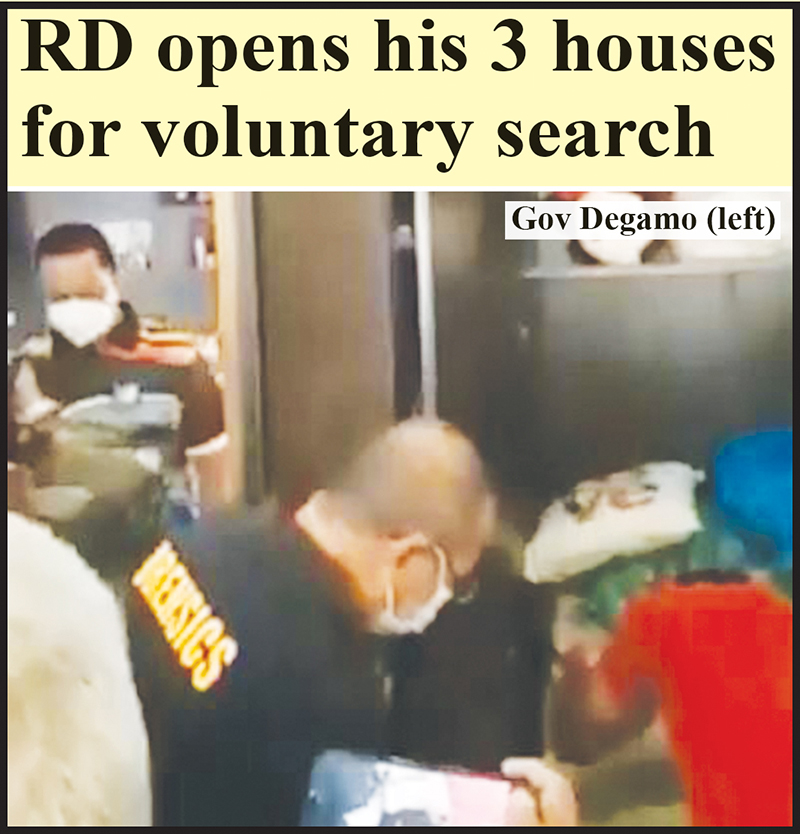 Mandajoyan will lead the SITN composing  the local police and the National Bureau of Investigation (NBI), Egco added.

“With the creation of the SITN, PTFOMS will provide an effective lead in the conduct of a thorough and impartial  criminal investigation for the murder of Pepino,” USEC Egco  said in a statement.

USEC  Egco has seen the need for PTFOMS  to intervene following the allegations against the Criminal Investigation Detection Group (CIDG) by Gov Degamo that he is being “implicated” in the killing of Pepino. Egco said CIDG Provincial chief Lt. Col. Ariel Huesca has denied the allegations.

Degamo’s  name was dragged  to the case because there  has been no official findings in writing officially exonerating  the role of the capitol-owned Vios car which was seen  with the alleged killers  on CCTV in  the wake of the Pepino murder.

Also, the red-orange KIA was allegedly photographed by agents parked in Pamplona after the killing in the alleged house of one barangay official. Pamplona is the main political bailiwick of  Degamo . CIDG hopes that Mayor Degamo of Pamplona can  also help explain the veracity of this photograph by  agents.

Fiscal Mandajoyan is expected to rule on the issue of the capitol’s  car’s involvement whether true or not.

PTFOMS  has also directed the local police to “cease and desist its own investigation and  fully cooperate and coordinate with the SITN Presidential Task Force.”

“Failure to cooperate with the Presidential Task Force or the SITN shall have dire consequences,” Egco’s statement reads.

In an open letter  to Sec. Guevarra, Pepino’s  Station Manager, Florence Baesa, thanked PTFOMS   for taking over the investigation. “This progress has made us more confident that those responsible for the murder of Rex will be brought to justice and that the senseless killing of journalists in Dumaguete will come to an end,” the letter read.

The search was by  virtue of a search  warrant issued by Judge Leoncio Bancoro of Branch 41 of Dumaguete City Regional Trial Court, where it yielded 131 rounds of powerful  5.56 mm live ammunition and an analog cellular phone. CIDG wants which ever  PNP mother  unit to clear Pinero of such possession of powerful ammunition . Otherwise he will be charged with illegal possession of such, the CIDG said.

Degamo has also opened his three houses in Pamplona, Babajuba, and Siaton,  for a voluntary search  on July 18, 2020, with the Commission on Human Rights officer  Jess Canete, barangay officials, Isagani Bana of Junob, and   mediamen  as witnesses,  to show the public that he is not harboring any evidence ( Why should he?, asked probers)   that would implicate him in Pepino’s murder. Of course nothing was found in the self-imposed search  which was  not backed up by a Judge order.—Ryan J. Sorote