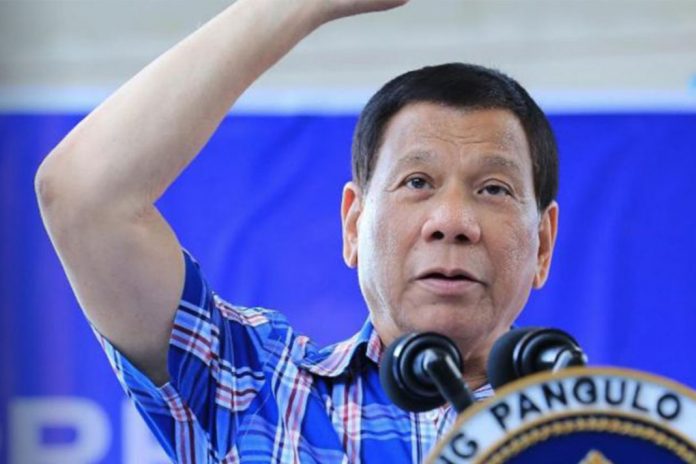 “If you really want to make it happen, then you stop immediately. You and I, let’s have ceasefire. No single shot, not even firecracker and I will be happy,” Duterte said in a speech during the inauguration of Lisap Bridge project in Bongabong, Oriental Mindoro on Tuesday (April 3).

The President said he will subsidize the peace process but insisted he cannot grant CPP founder Joma Sison’s demand for a coalition government.

“So this, I first spoke this since Sison is always mentioning about the peace process. I am ready. First thing is we should stop killing each other. Then if we can have peace; and if you do not have the money, government will subsidize it,” Duterte said.

“It’s about time that you stop scratching and I am ready. I said we first go to the fundamentals minus a coalition government,” he added.

He said as Filipinos, NPA rebels and government troops should not fight and kill each other.

“I said if you want peace, you have to invest money in peace. So we can talk. Stop the revolutionary government. Do not burn in the name of taxation because businessmen are suffering,” the President said.

Duterte has even encouraged the communist rebels to form a political party and “I will join you”.

“The progress of the nation is really being pushed down. It’s about time. Fifty years in the making. You want another 50 years of bloodshed? That’s the problem,” the President said.

“I want to (achieve) peace in my time. Actually, I’m not angry with you. I understand you. So you support me,” he added.

Duterte also called anew on NPA rebels to lay down their arms as he reiterated his administration’s commitment to support those who will surrender to the government.

More than 600 NPA returnees went to Malacañang in three batches and had dinner with Duterte last month.

The President had promised to provide livelihood trainings to former NPA rebels.

He is hoping the Lisap Bridge project would help convince NPA rebels to lay down their arms and join the government in achieving a progressive Philippines. Barangay Lisap was the site of several skirmishes with the NPAs since decades ago.

The bridge is expected to reduce travel time from Bongabong to Roxas to 20 minutes and will benefit over 7,000 motorists daily.