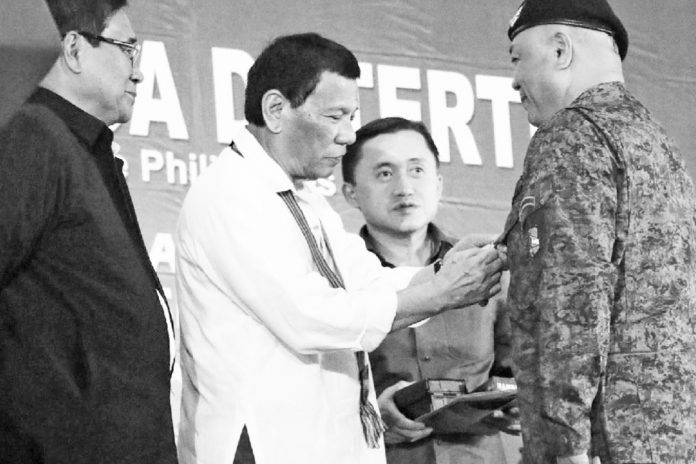 Col Enriquez is a member of the Phil. Military Academy “Maringal” Class of 1988 and is the current Inspector General of the Mechanized Infantry Division, Phil. Army based in Camp O’Donnell, Capas, Tarlac. Col Enriquez is also the son-in-law of Former Silliman University President Dr. Agustin A. Pulido.

The Order of Lapu- Lapu was established in 2017 and is conferred by the President of the Philippines in recognition of the invaluable service rendered by officials and personnel of the government, in significantly advancing a campaign or advocacy of the President, particularly acts of valor and kindness described as extraordinary acts of service and exceptional contributions to the country (particularly in Marawi). The badge of the order for the rank of Kamagi is composed of the image of Lapu-Lapu and a Kamagi on its obverse side. The reverse side bears the Seal of the President of the Philippines and the text name of the rank. The badge is made of brass. The ribbon is of grosgrain.