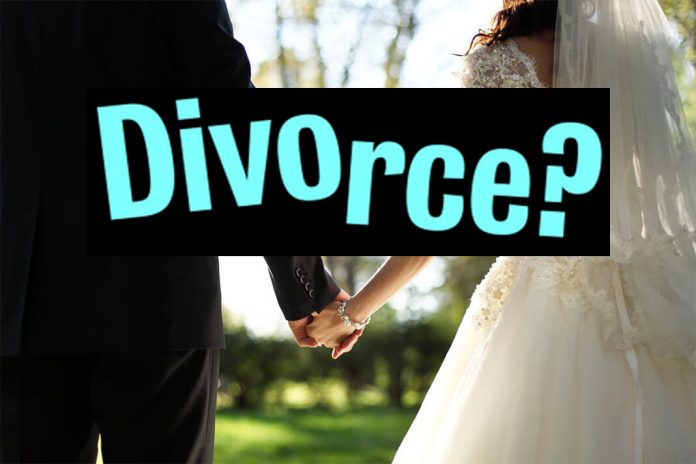 DUMAGUETE CITY – If divorce in the Philippines will be passed into law, many priests and pastors say they will refuse to re-marry divorcees in expressing their opposition to the now-debated and proposed divorce bills in Congress, saying divorce is against the law of God as mandated in the Holy Bible.

OPPOSITION.
These were some of the strong sentiments of those opposed to the proposed divorce bill. The Catholic Church is devoting Easter Sunday and last Palm Sunday for a signature campaign against divorce law.

In the last signature campaign against death penalty bill, Negros Oriental got 27,000 signatures opposing and the bill did not pass so far into law; the Church is now campaigning for 10,000 signatures against divorce bill, and looks like it can easily reach the target said Church people.

DIOCESE STAND:
Negros Diocesan Bishop Julito Cortes in respecting the separation of Church and State did to sign the anti-divorce campaign but strongly emphasized the stand of the Church based on the Bible book of Mark 10:verse 9 which states that “What God has put together, let no man separate.”

Logically, although not said, the Church in obedience to the anti-divorce law of God, will refuse to honor a divorce decree, thus likely will also refuse a re-marriage of any divorcee now or in the future.

STATE OFFICIALS.
While some state officials may be allowed by law to solemnize marriages, the Church has also the option to conform whom the Bible qualifies to be married under the laws of God. Divorce is not allowed by God in the Bible, therefore the followers and believers of Christ will follow God’s law. Violating God’s laws has its own spiritual consequences, aside from being declared void from the beginning.
Moreover, if the divorcee will re-marry a non-Catholic, or non-Christian will his or her re-marriage be recognized by the Church that disallows divorce?

LEGAL SEPARATION
The Family Code of the Philippines allows legal separation between spouses on valid grounds in Article 55 such as:

For purposes of this Article, the term child shall include a child by nature or by adoption. (9a

But the law does not allow separated couples to re-marry other partners thereafter. In short, they are separated legally and physically but their marriage is not dissolved. Only divorced couples can re-marry . There is no divorce law in the Philippines, thus, the strongest stakeholders of this divorce bill are the separated couples.

ANOTHER IRONY
The Church after due hearing under Canon laws can declare a marriage null and void from the beginning “ void ab initio,” meaning there was no marriage at all– under specific circumstances including among others: forced marriage; no voluntary consent of any party; among others.
If this be so, will the State recognize such “void ab initio” ruling by the Church? How will the heirs settle the properties in the future,? And worse, if the divorced parties re-marry?

ESTATE STATUS.
Thus, a church may declare a marriage null and void while the State declares the same marriage valid. Question: how will the properties be properly divided among the future heirs?—especially if any if both parties of the voided marriage by the Church re-marries another person within the Church? How will the State and Courts of law regard this circumstance?

On the other hand, Muslims although allowed to marry more than once wife, has very strict rules before one qualifies.

MUSLIM LAW
According to one Muslim religious man, a husband cannot marry a second wife without the consent of the first wife; he cannot also get a second wife if his income or means of supporting a second family is not viable enough; and that it will be against their laws if the husband fails to support one or two of his wives. This was the information gathered from a Muslim religious who also worked in Saudi Arabia.

BIGAMY THREATS
A Filipina wife who left for abroad, divorced her Filipino husband who was left behind in the Philippines: is a valid act, but not valid in the Philippines which has no divorce law. If this wife comes back to the Philippines, she can be sued for bigamy. Nor can the husband left behind be allowed to re-marry here. This is also the set back and bondage that is holding back the chance of irreconcilable couples to seek and settle for a new home and family in this country.

CONFLICT:’
If divorce is legalized in the Philippines, and the Church disallows divorce as based on God’s law in the Bible, will this new development promote a stable society considering that the Philippines is largely a Catholic and Christian country?

IRONY:
Just as taking pills as a means of controlling child conception and promote family planning is not allowed by the Church except using the natural spacing or rhythm method, —why is it that according to a survey , Catholic women are mostly using contraceptive pills as a means of birth control and birth spacing?

EASIER SAID.
Divorce issue is easier said than done. It must be discussed thoroughly , not only by the State but by the Church is this predominantly and possibly the only Christian country of Asia.