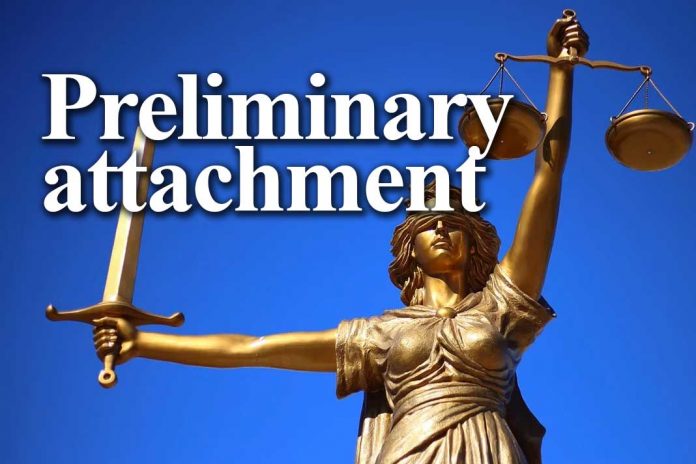 Mr. Z owes Mr. X P1 Million pesos. De spite repeated demands, Mr. Z did not pay Mr. X. Mr. X has evidence that Mr. Z is about to leave the country to evade his obligation. What can Mr. X do?

X can file a case against Z for collection of the sum of money in the Regional Trial Court with application for a writ of preliminary attachment.

What is preliminary attachment?

It is a provisional remedy during the pendency of a case, where the property of the debtor is seized as a security for the satisfaction of a later judgment. Simply stated, it is an auxiliary remedy to give security for a judgment still to be rendered.

What are the grounds for the issuance of a writ of preliminary attachment?

a) In an action for the recovery of a specified amount of money or damages, other than moral and exemplary, against a party who is about to depart from the Philippines with intent to defraud his creditors;

(b) In an action for money or property embezzled or fraudulently misapplied or converted to his own use by a public officer, or an officer of a corporation, or an attorney, factor, broker, agent, or clerk, in the course of his employment as such, or by any other person in a fiduciary capacity, or for a willful violation of duty;

(c) In an action to recover the possession of property unjustly or fraudulently taken, detained or converted, when the property, or any part thereof, has been concealed, removed, or disposed of to prevent its being found or taken by the applicant or an authorized person;

(d) In an action against a party who has been guilty of a fraud in contracting the debt or incurring the obligation upon which the action is brought, or in the performance thereof;

(e) In an action against a party who has removed or disposed of his property, or is about to do so, with intent to defraud his creditors; or

(f) In an action against a party who does not reside and is not found in the Philippines, or on whom summons may be served by publication. (Section 1, Rule 57, Rules of Court)