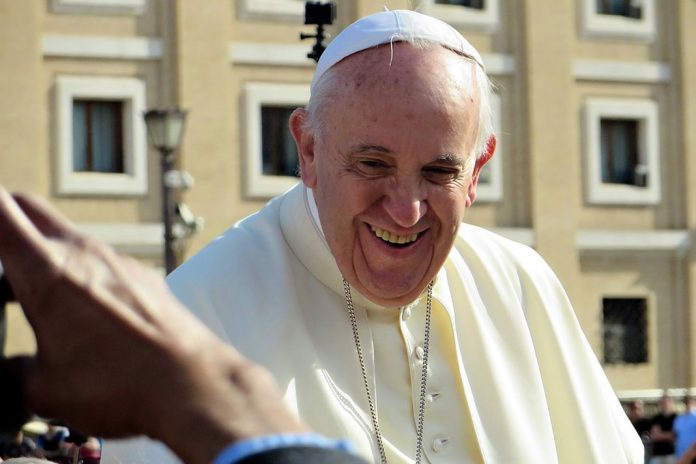 ‘Focus instead on simplicity, charity, and love’

VATICAN CITY (AP/AFP) – Pope Francis urged Christians on Monday to forego the greed, gluttony, and materialism of Christmas and the New Year and to focus instead on its message of simplicity, charity and love.

The Pope called on the people to make “sharing and giving” more a part of their lives.

“Mankind became greedy and voracious,” the leader of the world’s 1.3 billion Catholics said in an address to thousands of followers in Saint Peter’s Basilica in Rome.

“In our day, for many people, life’s meaning is found in possessing, in having an excess of material objects,” he said.

In his homily on Monday, Pope Francis lamented that many people find their life’s meaning in possessions when the biblical story of Christ’s birth emphasizes that God appeared to people who were poor when it came to earthly possessions, but faithful.

“Standing before the manger, we understand that the food of life is not material riches but love, not gluttony but charity, not ostentation but simplicity,” Francis said, dressed in simple white vestments.

“An insatiable greed marks all human history, even today, when paradoxically a few dine luxuriantly while all too many go without the daily bread needed to survive,” he said.

Francis has focused on the world’s poor and downtrodden, its refugees and marginalized, during his five-year papacy.

We “must not lose our footing or slide into worldliness and consumerism,” he added.

People should ask themselves: “Do I really need all these material objects and complicated recipes for living? Can I manage without all these unnecessary extras and live a life of greater simplicity?” he asked.

The Catholic Church’s first pope from Latin American instructed the Vatican to better care for the homeless around Rome, opening a barber shop, shower and medical clinic for them in the embracing colonnade of St. Peter’s Square.

To extend his outreach this New Year, Francis sent his trusted secretary of state, Cardinal Pietro Parolin, to Iraq to celebrate with the country’s long-suffering Christians.