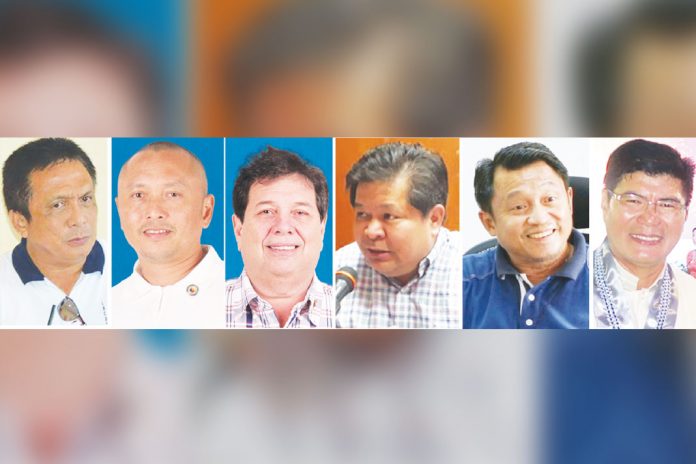 It’s a political dejavu favorite of local politicians. Rival political groups have again agreed to respect the “equity of the incumbent” by not fielding opponents against major candidates in May 2019 elections, thus ensuring victory.

People say this is killing the spirit of democracy where people are not given any choice in an election except token candidates.

But on the other hand, ensuring the reelection of the incumbents will also insure the completion of existing unfinished and or future projects of incumbents. Most of all it will be “bad news” for vote sellers because there will be virtually no vote buying.

Local politicians of all stripes are optimistic that with the newly cobbled local coalition taking hold in the upcoming 2019 midterm elections, the implementation of projects in the cities, province and districts will accelerate.

This is a welcome scenario for all incumbent congressmen, governor and some mayors who may no longer face any serious foes (except token candidates) come May 2019. The filing of COCs will be on October 11-15.

The political truce will help both the provincial leadership and the district congressmen to focus their energies and time not in campaign trail or trying to undermine their candidacies but in implementing the project already lined up until next year.

Earlier, some constituents are bracing for a possible all out political clash as both the allies of the Teves clan and incumbent Governor Roel Degamo are feverishly preparing for the heated contest as to who takes control of the provincial Capitol.

Some observers are wary of a repeat in the previous elections when vital pieces of legislations and projects are delayed or even canceled due to the skirmishes among the powers that be.

However, after a recent sincere dialogue among the province’s top leaders brokered particularly by Dumaguete City Mayor Felipe Antonio Remollo, it was agreed that Governor Roel Degamo and 3rd District Cong. Arnie Teves will bury the political hatchet to avoid a direct clash in the 2019 midterm elections.

Apparently, Degamo will not field a challenger against the three incumbent congressmen Josy Limkaichong of the 1st District, Manuel Sagarbarria of the 2nd District and Arnie Teves of the 3rd District. In return, Bayawan City Mayor Pryde Henry Teves will seek re-election instead of challenging Degamo for the governorship.

Allies of both Teves and Degamo said that under the terms of the proposed coalition, the equity of the incumbents will be observed, which means no challengers will be fielded against the incumbent governor, vice-governor, congressmen and perhaps some mayors.