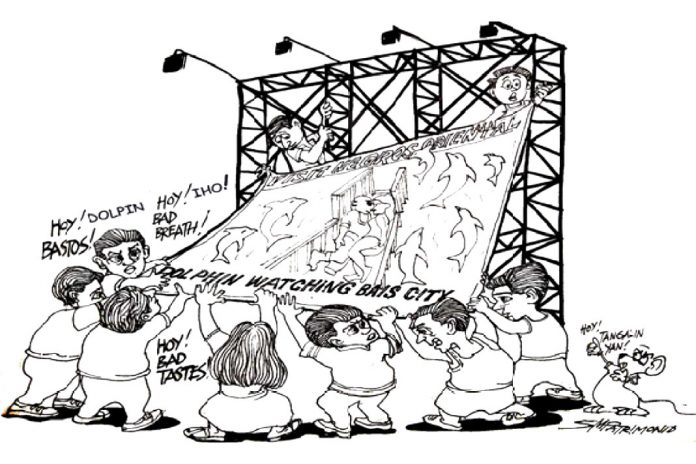 Perhaps Silliman University may have pre-empted a new policy of the Duterte government increasing police visibility inside schools, state colleges and universities by virtue of Executive Order No. 70.

But we suppose the main concern and  consent of Silliman, the province’s premier university,  to allow battle-gear policemen to man its main gates last week  is because of the need  for increased security in the light of two bomb treats and the coming Founders Day on the last week of August  which is known by police records as having the high possibility of increased illegal drug circulation within and outside the school campuses other than SU.

But now we see that police presence at SU has been minimized drastically in order to simmer down  the misconception of perceived militarization which is of course far-fetched.

Increased police presence in schools cover those  “which are infiltrated by recruitment of leftists  as part of the government’s “whole-of-nation” approach to end insurgency.”

E.0. 70 looks like the increased police presence in schools is limited only to those infiltrated by the left. And the government has not  or not yet  announced which schools are infiltrated in Negros Oriental.

The “whole-of-nation” approach of the EO also created the National (down to Local) Task Force to end the Local Communist Armed Conflict (NTFELCAC) chaired by  the President himself, the national security  adviser, the cabinet  DILG secretary  and the Armed Forces.

In fact on the local level, Gov. Degamo has already convened the local LTFELCAC last week in view of the urgency, due to the  series of unsolved 22 extrajudicial killings mostly in the first  district.

Finally the new EO reminds parents to monitor closely their college students’ extra curricular whereabouts,  if only to  prevent them from joining secret or front organizations which are subversive to the policies of the present government.