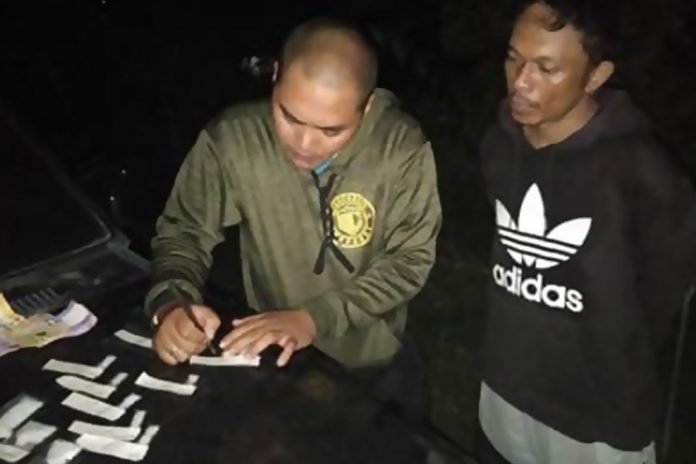 A detainee who recently availed of plea bargaining may have thought such process is unlimited. This was after he was caught once again in a buy-bust operation that yielded P330,000 worth of shabu.

Suspect Archie Alviola, 40 years old, and a resident of the Cadawinonan housing site was arrested late Tuesday night through buy-bust conducted by operatives of the City Drug Enforcement Unit (CDEU) headed by PS/Insp Vann Joel Tingson under the supervision of the chief of police PSupt Jonathan Pineda, along the road in Junob.

During a body search, the suspect yielded five bultos of shabu and 5 other small sachets aside from the target of the buy-bust or an estimated weight of 28 grams more or less which roughly translates to a dangerous drugs board value of P330,000.

According to Tingson, the suspect was reported to be back in business after he was released from the Bureau of Jail Management and Penology. Tingson further said the suspect is part of the Domen group who was also arrested recently through buy-bust along the road in Bantayan.

In an interview, the suspect who is known by his colleagues as “champion” said he was forced to sell because somebody just delivers the stuff to his residence without knowing the real identity of that person. Mode of payment usually varies with the bank and pera padala as the top two modes.

According to the suspect, he spent more than four years at the BJMP in Bajumpandan for the same offense.