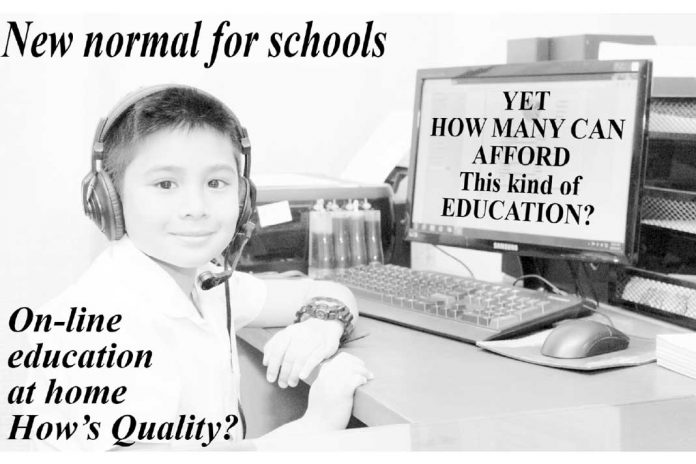 We do not mind if the billions of pesos in loses at the Phil Health insurance of the government is  caused by  the honest cost of doing business in this age of the pandemic..

But what is unforgivable is when billions are stolen from Phil Health by human vultures inside who disregard the  fact that PhilHealth money stolen come mostly from the poor.

The Bible says that the biggest punishment  is given to those who sin and take advantage of the poor and the oppressed through dishonesty and stealth.

For us the only credible reason advanced by PhilHealth for its P15billion  loses is that there are now less contributions but more payoffs because of the Covid19 Pandemc. Meaning, there are now more hospitalized, quarantined, or sick at home than before. More payoffs and less contribution to Phil Health will render  the agency bankrupt by 2022 and that is an election year. It will surely be a bad political disaster for the administration.

The Phil Health  anomaly exposed  at the Senate hearing states that last year Phil Health paid off  P136billion in benefits and of that amount  P10billion  was potential lost to corruption .  Next year under the same rotten sysem,  if nothing is done, P240billion will be paid off and corruption will rise to P18-billion.  There are 109 millioin members ofPhil Health, in  8500 health care facilities who   fill up 35,000 claims a day and paysoff P2billion pesos a week. That’s as mighty voluminous transaction and we cannot discount  the likely possibility  that money is not stolen along the way.

The solution Phil Health suggests is to implement a massive computerization system that will eliminate red tape  which  is the main culprit  in the billion peso fraud. Meaning, paper work passes so may hands, so many signatures required.

We therefore  also suggest that government will reshuffle the red tapers, let a private firm audit PhilHealth, and work out things slowly but firmly  making sure that red tape will be minimized, meaning less hands will bake the pie so more people  can benefit from the product.