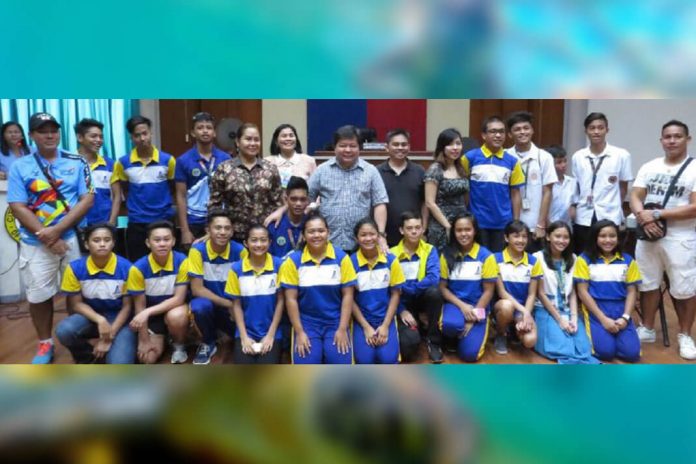 For the first time, palaro medalists composed of athletes from different schools in Dumaguete City, who earned gold, silver and bronze medals during the recent Palarong NIR and Palarong Pambansa in Antique, received their cash incentives from local government.

Mayor Felipe Antonio “Ipe” Remollo said that the distribution of cash incentives is intended to underscore the city’s gratitude to the athletes for their hard work in giving Dumaguete honor in the field of sports.

He also encouraged the young athletes to do good and strive harder to gain scholarships even from Manila universities that could offer them free tuition, board and lodging.

“If you are good in sports, which emphasizes discipline, you should also be good in your studies,” Mayor Remollo stressed.

He credited the City Council for approving the incentives, the coaches for their dedication and the parents of the athletes for their support as Mayor Remollo reiterated his vow to invest in sports development to make Dumaguete City the regional hub for sports in the Visayas.

Among those who witnessed the distribution of cash incentives to the athletes are City Schools Supt. Dr. Evangel Luminarias, Rosenie Saraña, City Councilors Karissa Tolentino, Lilani Ramon and Michael Bandal.