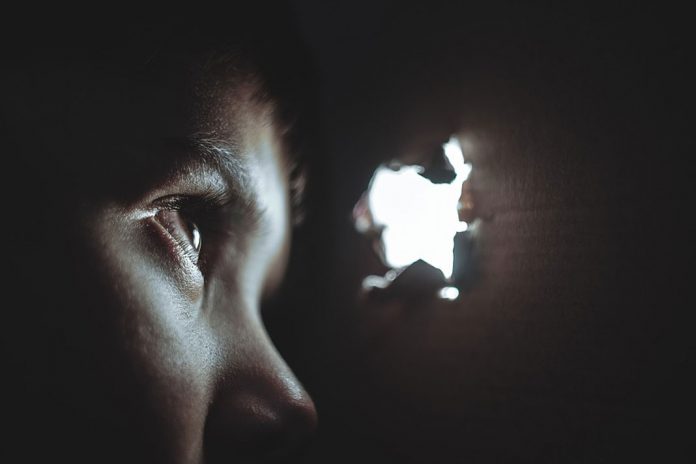 I knew her story by heart but i could not even begin to feel her pain. How can anyone imagine the terror of an eight year old child watching her father being hacked to death with a bolo. The helplessness of watching her father’s life flow like an unstoppable red river into the gutter. Twenty years later she is still terrified of blood.

From that moment on her young life was utter chaos. Shuffled from one relative to another, never really belonging, never really being wanted. She got whatever was left over. Hunger was her constant companion. Hunger not just for food but hunger for love and affection. Her life was bleak and empty, without hope.

She took a job as a maid; child “slave” was a more accurate description. There was no payday. She worked for food and a place to sleep. Her dinner was lamog, table scraps. Her bed the cold hard floor of the dirty kitchen. Her bed partners were rats, cockroaches and mosquitoes. She worked from early dawn to long into the night. There was no recess or playtime. Laughter was something she heard but rarely felt.

As she blossomed into a young girl she got the unwanted attention of the men in the household and the undeserved wrath of the women. Jobs became harder to get. When i met her she was taking care of an american dying of lung cancer. Her dedication and compassion for this sick old man touched my heart. Even when he ran out of money she stood by his side, borrowing money to buy his pain medication. When he crawled around the floor in the middle of the night coughing up blood, she was by his side.

When he mercifully died, he left her a small inheritance. Instead of rushing out to buy new clothes or party, she invested in finishing her education. As a mature woman of twenty-four she sat down with younger smaller children to finish high school. Her willingness to sacrifice her pride and work for a better future got my attention.

It took me two years to get her to even consider me a serious suitor. The last thing in the world she wanted was a foreign boyfriend. Her goal was to finish her education and work in america. It took me another year to get her to marry me. Her future was brighter but her demons were still haunting her.

My first clue was her grinding her teeth while she slept. Suddenly she would sit up covered in sweat and screaming in terror. For sixteen years every night she had been re-living the horror of her fathers brutal murder, the abandonment, the insecurity. Instinctively i held her close and whispered in her ear. Eventually she would calm down and fall back to sleep.

It has been twelve years now and she does not have those nightmares anymore. Every night I hold her close and whisper, Mahal Kita Walang Iba as we both gently drift off to sleep.