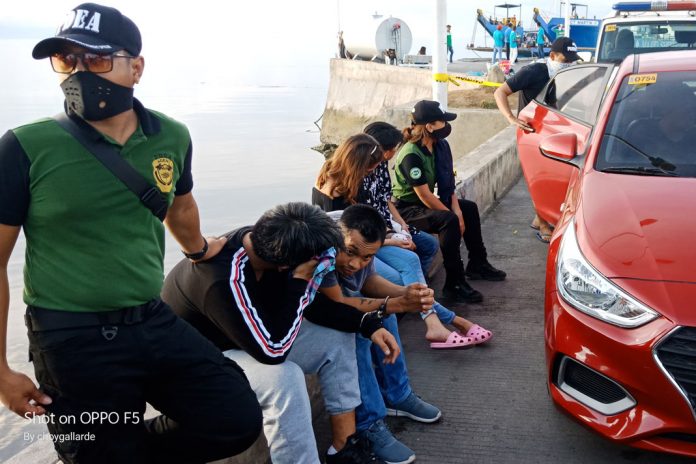 Operatives from the Philippine Drug Enforcement Agency (PDEA) headed by Agent Grace Cruz this afternoon intercepted last Monday one kilo of suspected shabu granules from four suspects upon delivery from Cebu with an estimated drugs board value of P6.8 million.

The suspects, two males and two females were on board a rent-a-car vehicle from Cebu a red Hyundai Accent in transporting the contraband item.

Also confiscated from their possession is cash money, three cellphones, one piece of scissors, another sachet believed to contain shabu, and other drug paraphernalia.

Upon arrival at the port in Sibulan at about 4:00 o’clock in the afternoon, the suspects were arrested after delivering contraband items following an earlier transaction.

Assistant provincial PDEA officer and at the same time an investigation agent of PDEA disclosed they had an earlier transaction in Cebu for the drugs to be delivered in Negros Oriental, with positive information about the vehicle they were on board.

He likewise thanked the public for giving valuable information that led to the succesful anti drug operation.

Gapas stressed it would have been better if the national government or even the local government units would invest in acquiring drug sniffing dogs.