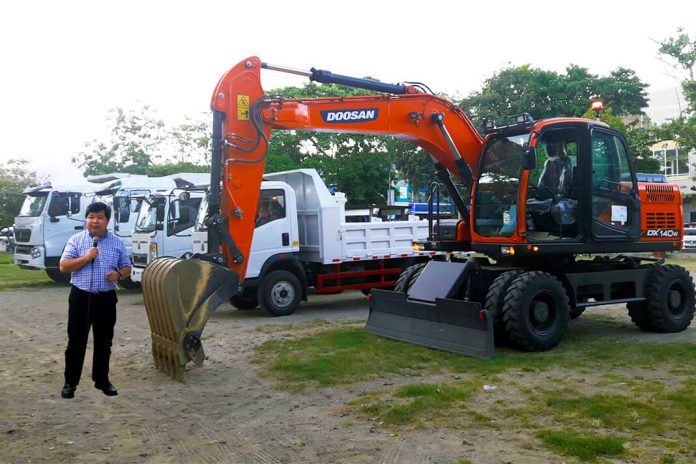 DUMAGUETE CITY – For the first time, the city government has embarked into a massive buying spree worth P39 million of brand new heavy equipment in line with Pres. Duterte’s build build build program.

Mayor Remollo credited the businessmen who paid the correct taxes, which helped the city generate a surplus income of P192 million in 2017 that funded the acquisition of heavy equipment and for the two bridges at P50 million each.

He noted that the last time the city was able to buy a whole brand new fleet of heavy equipment was when he was mayor from 1998-2001. Many of those old units are still being utilized by the city nearly 18 years after they were bought “as good as brand new,” during Remollo’s first term as mayor.

This is part of the city master plan which will mainly embark on a massive transfer of government centers into the city’s in-land barangays in order to spur faster development.

Real estate prices will soon soar, and more what used to be a lowly barrio scene will become a sprawling commercial areas.

Of course the city’s old downtown areas will become more of a heritage enter which will house schools, churches, shops, restaurants and boutiques. The City Hall will soon be in Bajumpandan and so will other government offices both provincial and regional offices.

Mayor Remollo lauded the officers and laborers of the City Engineer’s Office for their dedication and industry that earned the trust of the constituents that the taxes paid were actually spent for the betterment of the people and community.