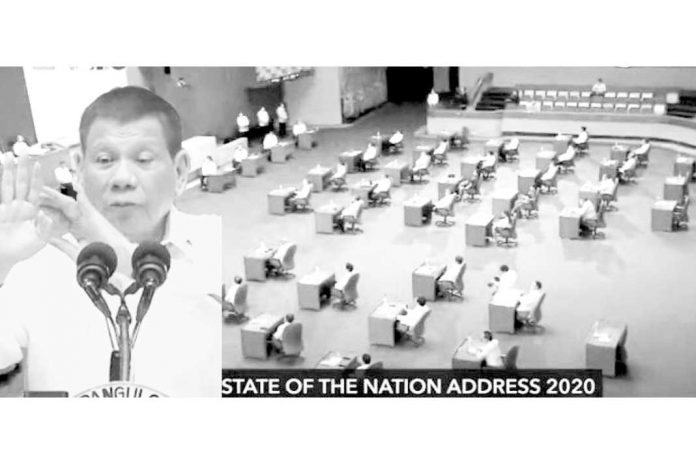 President Rodrigo Duterte for the first time delivered the State of the Mation Address (SONA) ON TIME at exactly 4:00PM July 27 and reported the gains of his administration in building important infrastructure projects and in fighting to contain the spread of COVID-19 making special mention of the laudable efforts of medical frontliners, local officials and the barangays who for months have been implementing the measures and policies designed to combat coronavirus in their own localities.

Amid the COVID-19 crisis, Dumaguete City Mayor Felipe Antonio Remollo reiterates his support to the plans and programs of President Duterte and shares his thoughts on the proposed imposition of death penalty for big time illegal drugs traffickers.

Mayor Remollo also believes it is high time for the adoption of online transactions in banking, commerce, schools instructions and delivery of services including in particular Grab Trike here in the city, to minimize person-to-person contacts as a means to contain COVID-19 and in the advent a more progressive and competitive nation.

He also presented his administration’s agenda for the coming year including proposed legislative measures.

In his remarks, President Duterte made it clear that he will not allow classes requiring physical face-to-face interaction unless a vaccine against COVID-19 is developed and available in the market.

The President also criticized the heavy concentration of power and resources in the hands of oligarchs particularly in the energy, water and communication sectors. He warned the giant telecom companies to improve their services by the end of the year.

Recognizing the threat of illegal drugs trade to the nation’s prosperity and well-being, President Duterte is pushing for the enactment of law imposing death penalty to those engaged in the trade.

The House of Representatives used videoconfe-rencing technology to comply with the government’s strict health and safety protocols, which significantly reduced to only fifty (50) persons those who were allowed to physically enter the plenary session for President Duterte’s 5th SONA.