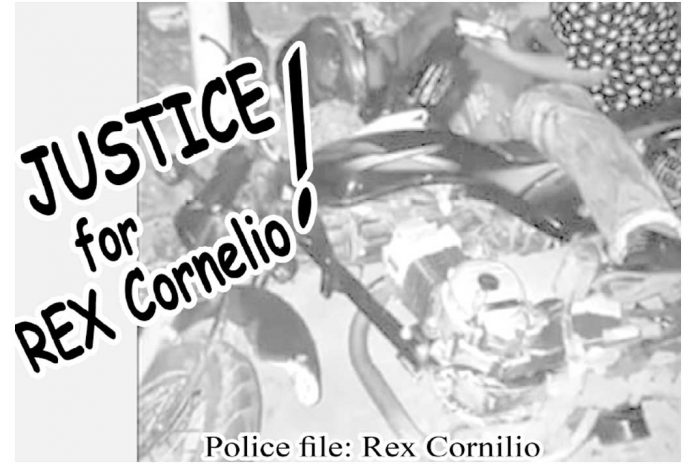 Evening commentator, 49-year old Cornelio Pepino aka Rex Cornelio on radio, became the fourth broadcaster to be felled by an assassin’s bullets. Rex Cornelio was shot dead by a motorcycle riding duo in tandem, past 830pm, Tuesday, May 5, 2020, near his house in Villa Amada right after his commentary program called Pukpukin Mo Baby” aired nightly 6-8pm.

The immediate grape vine was that the broadcaster was killed in line of duty, and could be politically motivated since politics was his favorite topic which might have hit the nerve of some political sectors, or, a reverse psychology could have been deployed. Either way the police investigation is on going headed by Lt. Col. Wilfredo Alarcon Jr.

The Presidential Task Force on Media Security created by President ‘Rodrigo Duterte headed by Joel Egco is now alerted-and it will shortly issue an official statement from Malacanang palace.

Rex Cornelio as he was popularly known started as a broadcast scriptwriter for Cebuano dramas in Cebu where he comes from and lately evolved into political commentary when he migrated to Dumaguete years back. He had both stints in DYEM FM Bai Radio where he started with his boss Florence Baesa. Now both are with DYMD FM a radio station owned, by Congresswoman Jocelyn Sy Limkaichong of the first district.

Rex Cornelio is the fourth broadcaster to be killed in Dumaguete, first was Roger Recania of DYRM, then Edmund Sestoso of DYGB FM in May 2018, Dindo Generoso on November 7, 2010 of DYEM FM and now Rex Cornelio of DYMD FM. Only the Recania murder was solved while the rest are still on going and hampered by failure to produce witnesses.

As a Christian believer, Rex Cornelio was active in his church. His wife Colin Pepino said, divine justice will surely catch up with the perpetrators in God’s own time.

The Dumaguete Press Radio and Tv Clubs join in mourning and lamenting, the loss of another broadcaster who died with his boots on, and condemning the incident and perpetrators as another dastardly, cowardly and treacherous piece of execution.

To Rex Cornelio we say he ran the race, and finished it fulfilling God’s ultimate purpose, and that divine justice in all its forms will unmistakably, come and be served.