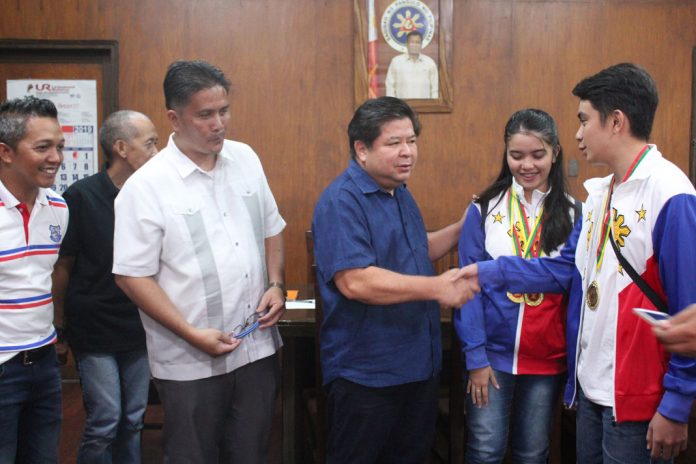 In its bid to achieve self-sustainability, commercial high rise buildings will soon rise in lieu of Negros Oriental State University (NORSU) main campus. When this happens, most classes will be transferred to Bajumpandan’s sprawling land area. That’s the game plan.

The State University aims to be self-sustaining in especially with the free-college tuition policy which is a multi million expense. The transfer of the main campus from Dumaguete to Bajumpandan and allot portions of the main campus to commercial spaces is a wise option, said NORSU president Dr. Joel Limson who issued the statement as NORSU celebrates 15 years of public education service in the community.

He said the plan includes the construction of a building for commercial purposes and will be for lease. Identified areas are those fronting Jolibee North Road branch down to the Perpetual Help Church area.

Limson said a feasibility study regarding commercializing portions of the main campus is underway. This encompasses the possibility of erecting stalls for lease as well as paid parking spaces.

Part of the business plans is building a hotel with a function room that can accomodate more than 500 persons. According to Limson, the hotel can also be a venue for on-the-job (OJT) trainings of graduating students in hotel management.

Limson added it is also the opinion of the board of regents to transfer some of the programs to Bajumpandan.

Currently, 60 classrooms are being constructed in Bajumpandan in preparation for the eventual transfer of the main campus, the target date of which is 2022. Phase 1 of the ongoing infrastructure development in Bajumpandan costs P8 million.

Limson added his administration is exploring the possibility of a private public partnership (PPP) or avail loan packages from banks, depending on the results of the feasibility study for the realization of the endeavor.