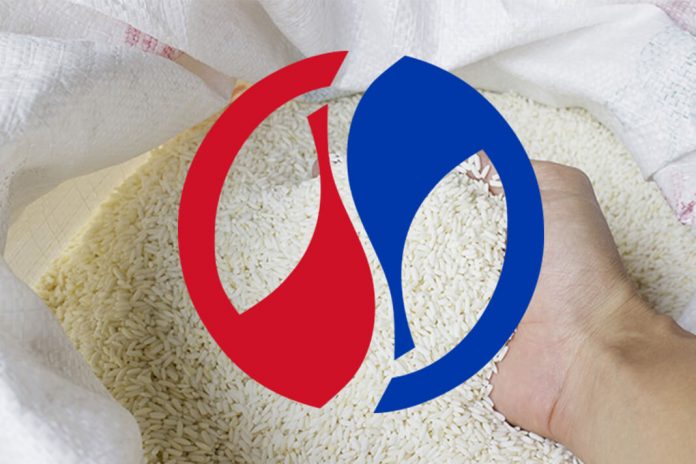 DUMAGUETE CITY – While it is true that as the CHRONICLE took this picture of the NFA bodega no rice stocks are available, none the less NFA manager Helaria Ganzon said that there is no rice shortage because in Negros Oriental, enough commercial rice here supplies 88% of all the consumers’ needs while NFA only supplies 12% of the entire needs for Negros Oriental. NFA’s mandate according to Ganzon, is just to be a buffer supplier in case of calamities and emergencies. It does not compete with commercial rice sellers.

Therefore, people have enough supply for their rice consumption at least in Negros Oriental because the 7 big rice suppliers have the stocks.

True, NFA supplies only 12% of the rice needs in NegOr, and it does not have the stock because Ganzon said, the NFA council has not yet bidded for the purchase of NFA rice thus, none has arrived yet.

Cabinet Secretary Leoncio Evasco on Wednesday accused the National Food Authority (NFA) of creating an “artificial” rice shortage, as its buffer stock of the staple had dwindled to just 200,000 bags, good for less than a day’s supply for the entire country.

But the NFA said the supply shortage was “real.” (The rice for NFA supposed to be purchased by government has not yet arrived, not yet been bought, not yet been bidded…. But the commercial rice suppliers are able to supply the needs of 80% of the entire rice consuming public.)

A report from the agency showed that its rice reserves were already down to zero, while NFA rice on the market was expected to last for less than a half day.

STICKY RICE SITUATION The National Food Authority warehouse in Quezon City is empty, except for some remaining sacks of rice, while commercial rice varieties are sold in abundance at a stall in Trabajo Market in Manila. Cabinet Secretary Leoncio Evasco maintains that there is enough of the staple food in the country, with more imported rice arriving in May. —GRIG C. MONTEGRANDE AND RICHARD A. REYES

Evasco, who chairs the NFA Council, an 18-member policy making body, said there was enough rice in the country.

More imported rice, according to him, is arriving in May, but the NFA is trying to create a shortage that it wants to pin down on the council.

The NFA manages only 4 to 5 percent of the rice delivered to the market. Its buffer stock, which is earmarked for emergencies and is supposed to be enough for 15 days, is now enough only for less than a day, Evasco said.

He said the NFA statement that its rice reserves had been wiped out could prompt rice traders to hold their supply to wait for higher prices.

“[T]hey create the artificial shortage and pin it on the council, that we are responsible for creating the shortage, when in fact, based on a report of the Department of Agriculture, there is so much rice,” Evasco said in a press briefing.

President Duterte is set to meet with rice traders—who are in a position to manipulate supply—to seek their cooperation and preempt hoarding.

The meeting was decided on last month during discussions of the NFA Council in Malacañang, Evasco said.

“And we can ask the traders to help us rather than take advantage of a situation to make money at the expense of the consuming public,” he said.

Evasco has received reports that the NFA released to the market 1 million bags of rice monthly in October, November, December and January, which is the harvest season when supply is expected to be high.

That supply could have been released during the lean months instead, he said.

The Cabinet secretary said the matter would be subjected to scrutiny by the Commission on Audit.

NFA Administrator Jason Aquino earlier said the agency released its supply during the harvest season so it could unload from its warehouses “expiring” rice.

The agency has pointed out that its low buying price for paddy rice (palay) and the delayed approval of the council for the agency to import rice have led to the exhaustion of its buffer stock—a first since the agency’s conception in 1972.

Evasco also said the NFA management had been asking the council to increase the agency’s P17 per kilo buying price for palay to P25, but the council rejected this because this could cause inflation.

He said the NFA could be more competitive if it timed its purchase of palay properly.

For this year, the agency aims to buy 6 million bags of palay from local farmers. As of last month, it had achieved only 2 percent of the target.

With the absence of subsidized NFA rice in the market, prices of both well-milled and regular-milled rice have continued to increase for the 10th week since January.

The average retail price for regular-milled rice, the cheapest variety on the market, has gone up 7.16 percent to P39.68 per kilogram from its price levels in the same period last year, according to the Philippine Statistics Authority.

This is P12.68 higher than the NFA rice variety being sold at P27 per kg, which, according to the agency is being consumed by some 10 million Filipinos.

The average price for well-milled rice is now P43.42 per kg, up 4.70 percent from its level a year ago.
Evasco noted that the President has issued a directive that only the NFA Council can issue statements on the rice situation.
But there have been a lot of voices “muddling, confusing the issue on rice and creating panic on the part of traders and the part of consuming public of rice,” he said.

He said he would leave it up to Mr. Duterte to act on calls to replace Aquino, the NFA administrator.

Evasco said the most immediate solution that the government could do was to fast-track the purchase of rice from local farmers.
In Eastern Visayas, the NFA has close to 12,000 bags of rice, which could barely last a day.

Raymund Taffala, assistant NFA regional manager, said the NFA stock could not be distributed to retailers since this had been allocated to agencies like the Department of Social Welfare and Development, and Bureau of Jail Management and Penology.

Maria Porlaris, a rice vendor, said Boholanos liked “bukid rice” sold at P38 per kilo. Bukid rice is produced and milled in the province. —With reports from Joey A. Gabieta and Leo Udtohan.