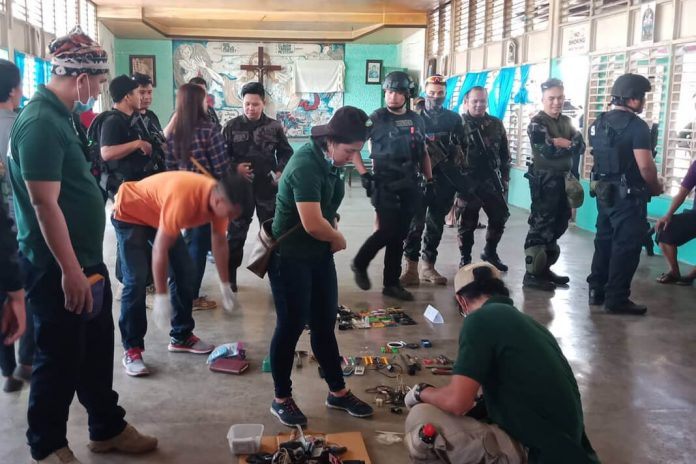 The local anti-illegal drug watch composed of influential citizens and businessmen are urging the local governments to direct city and provincial jails NOT to put off their lights at night inside sleeping quarters plus equiped it with CCTV cameras so that the opportunity to repack shabu at night among inmates will be eliminated.

This followed the raid inside the provincial jail last week which netted close to million pesos worth of drugs, cash and collectibles.

The provincial and city wardens were urged to impose a NO-LIGHTSOFF policy from 6pm to 6am inside all jail sleeping quarters plus equip the halls with CCTV cameras to discourage the repacking of shabu by inmates during the evenings.

It is public knowledge that shabu supply is rampant inside jails thru ways of smuggling. Idle inmates will have the while night repackig sachets for marketing the next opportune day.

Reports also say that these cannot be possible without the involvement of paid-jail personnel not to report the matter. No wonder the provincial jail raid netted P1M worth of illegal drugs.

Gov. Degamo and Mayor Remollo if they are serious enough, should implement and order the NO-LIGHTS-OFF policy inside provincial and city jails. This will surely be appreciated by Gen Ronald Bato who now heads the bureau of corrections nationwide.—