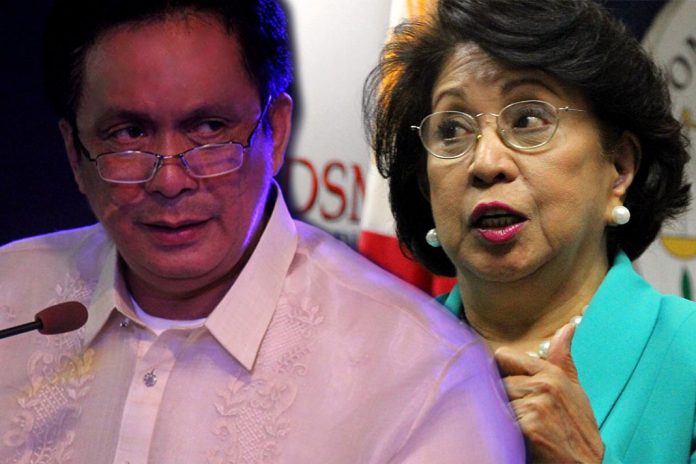 His perennial political rivals’ victory may be short-lived because  although exonerated administratively by virtue of the Condonation Doctrine, Gov. Roel Degamo was again ordered charged criminally in another graft case  by the Ombudsman.

And before the Sandiganbayan graft court  Degamo  would likely post bail and presto the case of illegally using P10M in intelligence fund in 2012 will be seen to drag on for many years in court even beyond Degamo’s term of office.

MANILA (ABS CBN NEWS)  – Negros Oriental Governor Roel Degamo has been ordered dismissed for the second time  after being found guilty of grave misconduct for “anomalous” use of the province’s 2013 budget, the Office of the Ombudsman said Thursday.

Degamo is also perpetually disqualified from holding public office and his retirement benefits were also forfeited. Penalties of cancellation of eligibility and bar from taking the civil service examination were also meted on the local leader.

Ombudsman Conchita Carpio Morales also ordered the filing of charges against Degamo for violation of Section 3(e) of the Anti-Graft and Corrupt Practices Act (Republic Act No. 3019).

Her office found that in October 2012, Degamo submitted to the Sangguniang Panlalawigan the proposed budget for 2013 which included an item for Intelligence Expenses in the amount of P10 million, but this was deleted in the appropriation ordinance enacted in January 2013.

Degamo tendered his veto on the “questionable deletion or non-inclusion of the item on confidential/intelligence fund” and issued a memorandum directing the release of the P10 million intelligence fund “without further delay.”

A cash advance for the payment of expenses of different activities related to intelligence operation in the amount of P10 million was released to Governor Degamo immediately after.

Commission on Audit Regional Office determined that the cash advance was made “in the absence of an approved appropriation ordinance in violation of Section 305(a) of the Local Government Code and Section 4(1) of the Government Auditing Code of the Philippines.”

The Ombudsman ruled that the release of the cash advance was “not supported by the necessary appropriation” and violates the Local Government Code and Government Auditing Code.”

She explained that the codes “provide that no money shall be paid out of the local treasury except in pursuance of an appropriations ordinance or law.”

“Degamo’s act of insisting for the release of the cash advance despite the apparent absence of the necessary appropriation is thus a clear badge of willful intent to violate the laws and established rules,” said Morales.

Last month, Degamo was placed under a 90-day preventive suspension over charges of malversation of public funds through falsification filed against him for the questionable disbursement of calamity funds in 2011.

The charges were filed in 2012 after the Department of Budget and Management found anomalies in the procurement of materials and payments for the rehabilitation of infrastructure destroyed by Typhoon Sendong, a deadly storm that struck in 2011, and a powerful earthquake.

Degamo surrendered to the Sandiganbayan sheriff in January and later posted a P1.115-million bail for criminal cases he is facing, including graft and malversation.

Gov. Roel Ragay Degamo will be back after 90 days