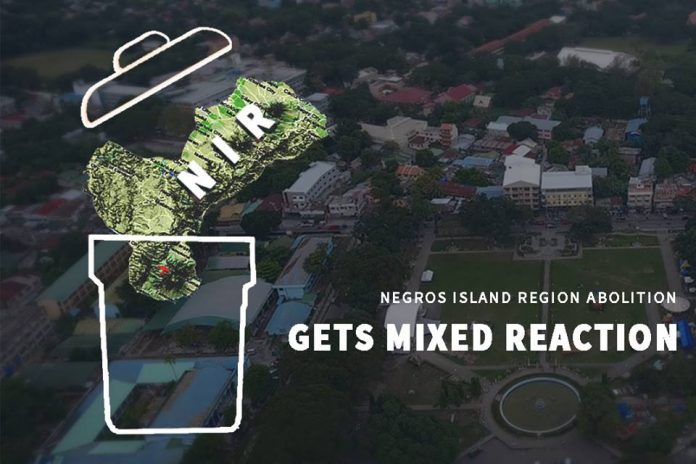 NEGROS ORIENTAL – Various stakeholders of the now defunct Negros Island Region were disappointed over the decision of President Rodrigo Duterte to revoke the Executive Order issued by his predecessor Benigno Aquino III creating the Region 18 two years ago. Nevertheless, despite their disappointment, they all manifested their inclination to respect the decision of Duterte, who stated that the government could not allocate the nearly P 19 billion worth of requests needed to maintain the NIR.

Both Governors Roel Degamo and Alfredo Maranon Jr. Of Negros Oriental and Negros Occidental, respectively, reiterated their firm commitment to continue working for the betterment of Negrense community even if the Negros Island Region has been officially dissolved.

Dumaguete City Mayor Felipe Antonio “Ipe” Remollo said that is not unfortunate that the present government has to dissolve the region due to lack of funds. But he also opined that if only the Negros Island Region was created through legislation, the merger of the two provinces would have been permanent. Still, Mayor Remollo stressed the need for all concerned to respect and submit to the decision of President Duterte.

In a joint statement, the Metro Bacolod Chamber of Commerce and Industry and Negros Oriental Chamber of Commerce and Industry conceded that while both provinces “feel that it is good for Negros Island Region to have an integrated development plan for faster economic growth and continuous job creation, the national leaders know better as they have a wider macro perspective, and most likely, they know that what is good for the country, is also good for Negros Island.”

However, both Carbon and Du are pushing for the creation of the so-called Negros Island Special Area that will be directed and managed by the Negros Island Development Council to be composed of the two governors, 2 regional directors of Region 6 and 7, city and municipal mayors, provincial heads of national government agencies, representatives of the business, academe and private sectors.

With the dissolution of the Negros Island Region, Negros Oriental and Negros Occidental will return to the administrative jurisdictions of Central Visayas and Western Visayas respectively.

Slow bounce back of local industries